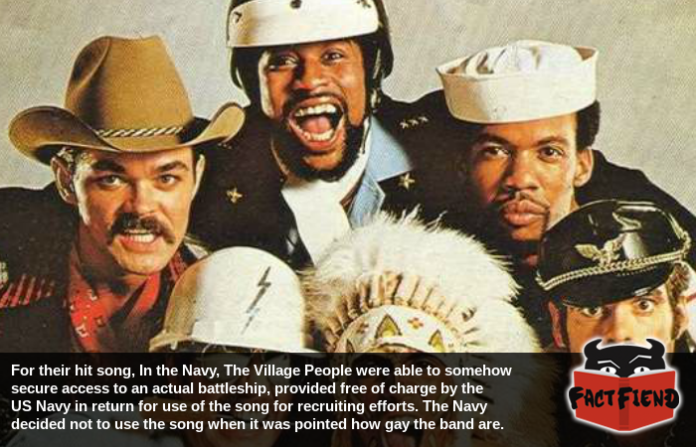 If there’s one thing The Village People are known for it’s being like, super gay. So gay in fact that almost every single one of their hits is a gay anthem. Something the US Navy were seemingly wholly unaware of when they agreed to give the group access to a bleeding edge, multi-billion dollar weapon of war to film a music video.

You see, back in the late 1970’s The Village People were enjoying a meteoric rise to stardom on the back of their mega-hit, Y.M.C.A. which made them not only a world-wide sensation, but a household name. Most importantly though the group were known for being all kinds of gay to the point it is next to impossible to see a police officer, sailor, construction worker and Native American chief stood next to one another without assuming they’re at least a little gay. 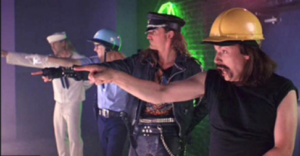 Something we compelled to point out is that while The Village People are arguably the gayest band of all time, it isn’t a prerequisite for members of the group to be gay. This said, the genesis of the group was all kinds of gay and their songs are positively dripping with double entendres so on the nose that they could have only been written with boxing gloves on.

Amusingly, while The Village People are considered icons of gayness today, back in the 1970’s people genuinely didn’t know that the band were singing songs about fucking men at the gym. Which for the curious, is absolutely what the song Y.M.C.A. is all about according to the group’s original construction worker. In his own words, “our first album was possibly the gayest album ever.” Or to put it another way, people in the 1970’s didn’t know these guys were gay. 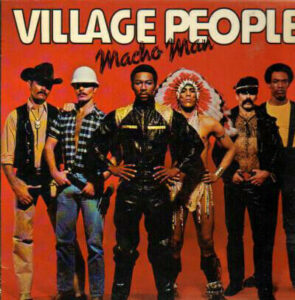 Which is where the Navy come in.

To explain, after the stratospheric success of Y.M.C.A. and a subsequent marketing campaign from the actual YMCA capitalising on it, the US Navy were all like, maybe we could get in on this? Specifically the Navy approached the band about using their latest hit, In the Navy, for a recruiting campaign. Something the band were reportedly pissing themselves about privately given the longstanding stereotype that exists about the Navy and you know, being gay. 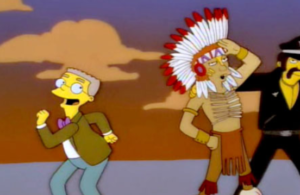 Anyway, the band told the Navy that they could use the song for free on one condition, give them a battleship to film a music video on. A bold request the Navy inexplicably agreed to, giving the band permission to film on aboard the USS Reasoner. But here’s where things get kind of amazing, because the Navy were so convinced that the song was going to be a boon to its recruiting efforts that they also have the band access to a couple of F-4 Phantoms, a bunch of actual military personal to use as background dancers and even made every member of the band an honorary member of the Navy. Meaning the song literally resulted in The Village People being in the navy.

The story goes that just weeks after the video was recorded Navy brass became aware that the band had a massive gay following and when papers started commenting on the fact they’d used taxpayer dollars to film what would eventually become a gay anthem, they quickly scrapped any plans to use the song in advertising. Hilariously the Navy would later deny having any interaction with the band, despite the fact there was literal video evidence of them gyrating wildly on the deck of a battleship. Which is incredible. 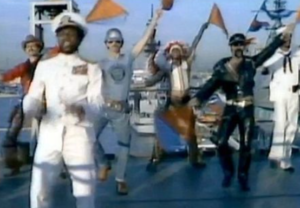