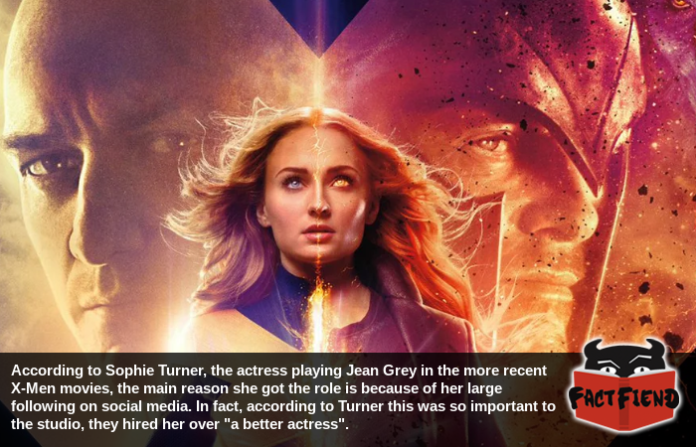 By all metrics and standards of measure, X-Men: Apocalypse was a thoroughly mediocre, overly long bloated mess of a movie that doesn’t really seem to give all that much of a shit about the source material it’s based on. Something that may have something to do with the fact the studio hired the actress playing Jean Grey because she had a lot of followers on Instagram.

The actress we’re talking about is of course Sophie Turner, an actress best known for playing Sansa Stark on Game of Thrones. A role Turner has received critical acclaim for from critics enamoured by her ability to rock the shit out of wolf-pelt pimp coat. 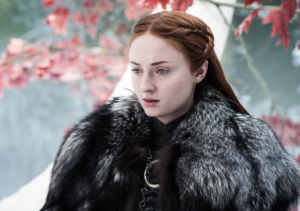 As you can imagine, being on one of the most popular TV show of all time has resulted in numerous movie studios considering her for parts, presumably in the hope that having an actor from Game of Thrones in their movie will make people want to see it. You know, because throwing unproven actors from the show into a leading role just because they’re “hot” has gone so well in the past. 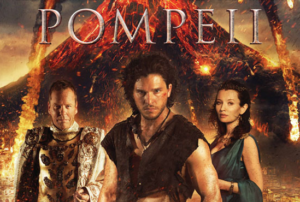 We mean, studios have just had hit after hit with this tactic. 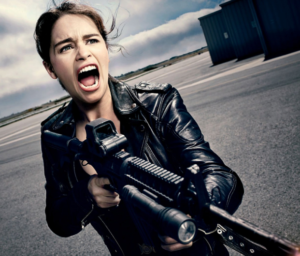 Moving swiftly past all the cinematic turds other Game of Thrones actors have appeared in, Turner’s second most famous role is that of Jean Grey in the Fox-verse. A tremendously powerful mutant with limitless psionic power and and the conduit for immeasurably powerful cosmic entity known as the Phoenix Force. A role she got because she has a lot of Instagram followers. No really.

You see, in an interview with a magazine about her recent success, Turner revealed that she landed the role of Grey over another, better actress purely because she had more followers on social media.  Oh and for anyone who thinks we’re being unfair to Turner by saying she’s a bad actress, the line about getting the role over someone more talented than she is, is a direct quote from her. 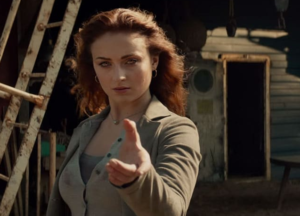 Or to put it another way, we now know (ironically as a result of Turner’s massive following and popularity) that the studio making the X-Men movies couldn’t give less of a shit about the source material if they tried and that they literally passed over on a better actress for the central character in their second attempt at adapting the Phoenix saga. Which judging by the fact the studio has done extensive reshoots of the film after a series of test screenings bombed harder than a fat kid with an adamantium skeleton into a pool of mercury, is a decision they’re probably really happy with.