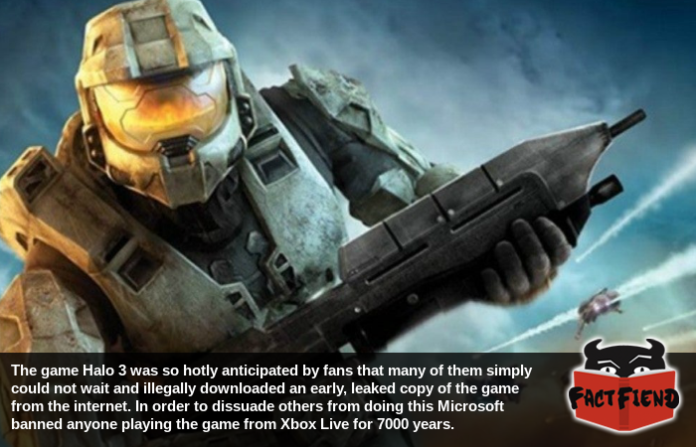 The release of Halo 3 in 2007 was amongst the most hotly anticipated media events of the entire decade. A critical and commercial smash hit, the game was notable for the numerous times it was leaked before release. Something Microsoft responded to by banning anyone playing it early for half a dozen millennia.

The sequel to, no shit, Halo 2, Halo 3 was arguably one of the biggest games of its entire generation and as such, was subject to an intense level of fan scrutiny prior to its release. While Bungie, the game’s developer, tried to sate fans by drip feeding information about it, it didn’t really work and fans were willing to do anything to get their hands on a copy. Even if that risked being banned from Xbox Live for the length of time it takes Thor to take a shit.

To explain, prior to the game’s official release date an early copy of the game leaked online. Exactly where this copy of the game originated and who leaked it isn’t clear but Bungie would later sheepishly admit that the game was basically finished. Noting in a blog post that the same build of the game that had leaked was “99.9% finished“. 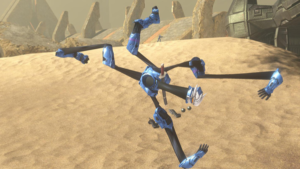 This version of the game, dubbed Epsilon, because how future does that shit sound? Was essentially the entire game minus a view multiplayer levels that were added when the game was mastered for release. As you might imagine then many fans simply couldn’t resist playing this version of the game and thousands of people downloaded it from file sharing sites.

Now this on its own wouldn’t have been an issue if the people downloading it hadn’t also been stupid enough to try and play it online because when they did that, they were basically advertising to the entire world that they were playing an illegally obtained version of the game. Microsoft were understandably less than happy that people were playing the biggest game of the year early and more importantly, for free, and decided that they’d make an example of players stupid enough to play it online.

By this we of course mean that Microsoft banned anyone playing Epsilon from Xbox Live until December 31st 9999 (the longest amount of time it was possible to ban a person), purely as a fuck you. Amusingly Bungie, while unwilling to make an official statement, did sign off on an employee jokingly telling an interviewer asking about the whole thing to apologise to the great, great, great, grandkids of anyone who was banned for that long for missing out on playing it. Which is, well, amazing.