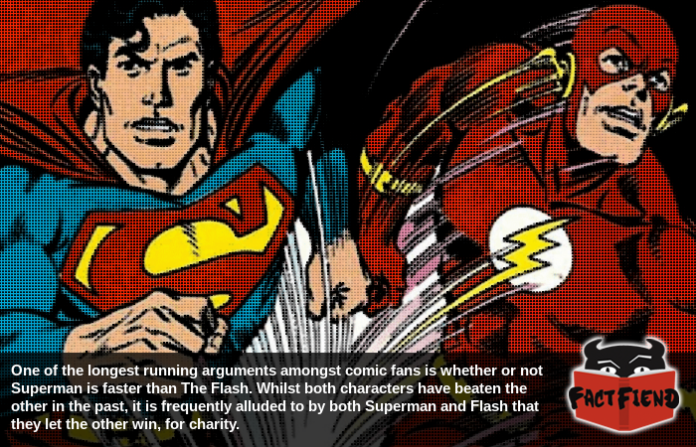 During the collective comic history both the Flash and Superman have frequently squared off against one another to see which one of them is fastest. Oddly, despite seeming like something that would take nano-seconds to figure out given how fast each character can run, a definitive answer to “who is fastest?” is hard to come by because charity keeps getting in the way.

Now given that his moniker is literally “The Fastest Man Alive” you would assume that the Flash would handily beat Superman in any test of speed since, well, speed is his whole deal. 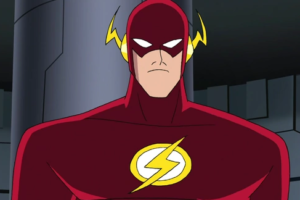 This is largely due to the character’s connection to the Speed Force, a fictional source of extra-dimensional energy from which all speedsters in DC canon derive their fantastical powers. In addition to allowing characters like the Flash to move at extraordinary speeds, the Speed Force also protects them from the forces subjected to while doing so. Which is why, for example, the Flash’s face doesn’t burst into flames due to air friction when he breaks the sound barrier with his face.

Exactly how fast the Flash can move depends on, amongst other things, how connect he is to the Speed Force and how fast a given writer wants him to run. This said, particularly powerful incarnations of the Flash can run at thousands, if not millions, of times the speed of light. You know, because that’s fair. 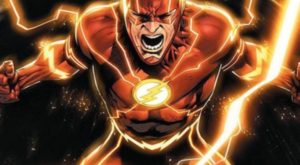 This all said, Superman isn’t exactly a slouch when it comes to speed and although he isn’t able to access the Speed Force, he can move at incredible speeds by virtue of a power that’s just as broken. Being fucking Superman. Specifically thanks to his Kryptonian physiology, Superman can absorb solar radiation from a yellow sun in near-unlimited quantities and use it enhance his physical capabilities to levels beyond almost any mortal being in the DC universe. In other words, he can use it to run fast. Whether or not he’s faster than the Flash though isn’t really clear though. 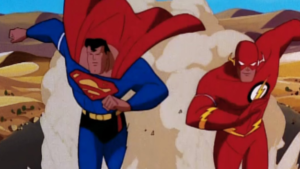 This is because, while the two have raced one another multiple times in the comics, a definitive winner between them has seldom arose due to either outside circumstances making the race a tie, or charity.

You see, on multiple occasions both the Flash and Superman have taken part in races for charity where it has not been made clear if both heroes were trying to win or just putting on a good show for the crowds. Hell, in one comic Superman notes that he tends to win half the races he and the Flash have, only for the hero to note that they were for charity before exploding into a cloud of lightning and middle fingers. 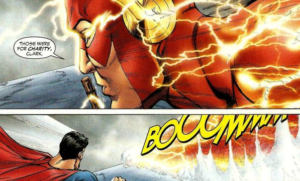 While this would suggest Flash is faster, on yet another occasion the pair were racing around the world and once again, Flash had the edge. However, during the race Superman became aware of the fact that his nemesis and bald dickhead, Lex Luthor had wagered a billion dollars on him winning the race. Why? Well Luthor had learned that Superman was losing and figured a good way to make him look bad would be to say he’d pledge a billion dollars to charity if Superman won. The idea being that he’d lose, everyone would get mad and that Luthor would get to keep his billion dollars. 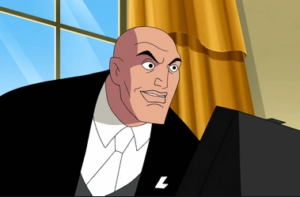 What Luthor didn’t bank on though was Superman’s super-hearing picking up on this and Superman being kind of pissed that someone would use a charitable donation for political maneuvering. So, Superman starts to take the race seriously, absorbs as much solar radiation as he can and focuses all his energy into his legs, giving him the ability to push himself further and beat the Flash. Not only suggesting that could have beaten the Flash previously if he’d just tried harder, but that he’s as much of a petty dickhead as Lex Luthor. Which probably explains why they’re such good rivals.