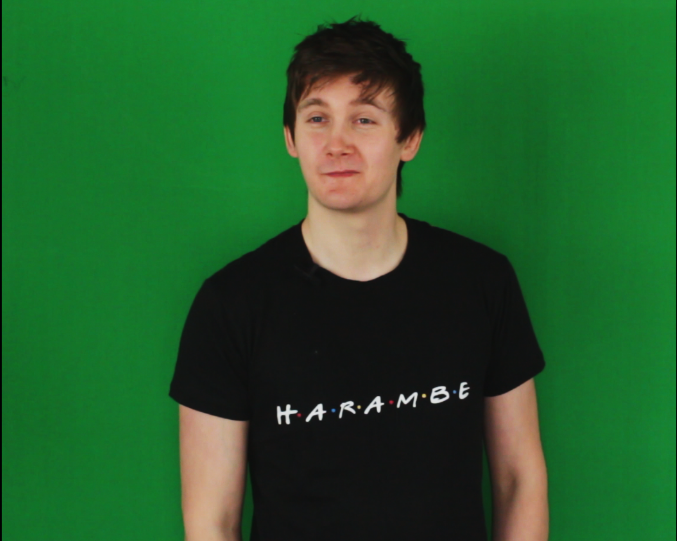 According to archives of this website, over the past 4 years I’ve written over 600 articles for this website and over the last few weeks I’ve been working to turn them into YouTube videos.

First, some background for anyone who doesn’t have any idea who the fuck I am, my name is Karl and I’ve been writing dumb articles online since 2011. I’ve written for Cracked, Listverse, Dorkly and like a dozen other websites. I also wrote every article in this website’s archives. Yes, even the shitty ones.

Over the years I’ve done every crappy writing job you can imagine, I’ve reviewed music in return for that most valuable of commodities, exposure before the site folded because the editor was sending pictures of his dick to underage girls (true story) and ghost written content for books I will never receive credit for. However, I always come back to researching and writing about facts because I love doing it.

Which brings me to YouTube. You see recently content of mine has started being turned into YouTube videos, mostly for the sites Today I Found Out and Toptenz which statistically, some of the people reading this have probably seen. Hell, for Toptenz literally the three most popular videos they’ve ever made are based on articles I wrote.

The same is true for Today I Found Out’s channel where videos based on articles I’ve written routinely gets hundreds of thousands, if not millions of views. Again, if you filter their videos by the most popular pieces of content, half of the 10 most popular videos to date on that channel are based on things I originally wrote and researched.

Then you’ve got Looper and Grunge, another two sites I started writing for recently who are also turning articles I wrote into videos.

This got me thinking that maybe there’s something to this whole “reading an article I wrote in front of a green screen” thing that people seem to like which is when I realised, wait, I have an entire website full of articles written by me. So I hired an editor, memorised a bunch of my articles and stood, in front of a green screen reciting them verbatim into a camera. I hated it.

My face in every video ended up looking like I was shitting through the eye of a needle and for some reason the lines I wrote felt unnatural coming out of my own mouth. I sat down for a long time with an editor and realised that the reason the videos looked awkward is because I wasn’t comfortable. I’m not a voice actor, I’m an awkward mess of a human being who quite enjoys telling people cool things I learned. So I decided that, that would be how I made my videos.

So I went back and re-filmed everything and this time did it without any special effects or a script. I framed the video as if I was talking to another person because that’s how I feel most comfortable getting information across. I’ve insisted that my editor leave in any stupid jokes I make and have refused to include a part at the end of any video asking people to like, comment or subscribe because fuck that noise. It’s going to be a channel where I share interesting facts and tell stupid stories because that’s genuinely one of my favourite things to do and I hope that comes across.

The channel will be launching next week and you can find a taster video of the kind of content you can expect below.

As always, thanks for reading.