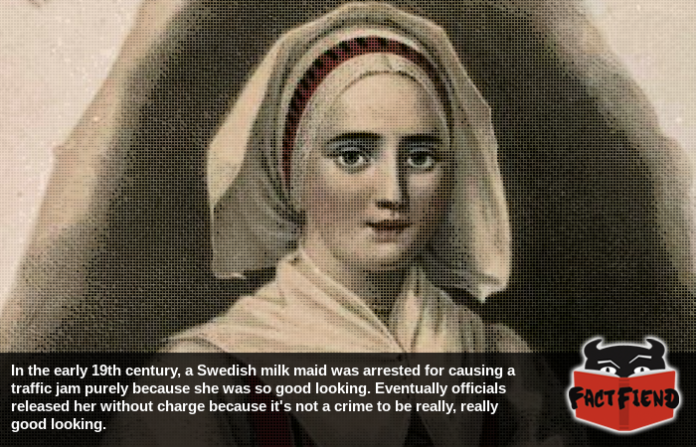 It is often said that the mythical Greek figure, Helen of Troy was so beautiful she was capable of launching a thousand ships with nothing more than a flutter of her immaculately maintained eyelashes. A feat matched outside the realm of myth by the Swedish milkmaid, Pilt Carin Ersdotter who once stopped an entire street’s worth of traffic simply by being so impossibly fuckable that people couldn’t deal.

Born in the early 19th century, Ersdotter’s upbringing was remarkably humble for a woman who would come to be regarded by many as the most beautiful woman in Europe, if not the whole world. A milkmaid by trade, Ersdotter bottled and sold milk in the Swedish county of Dalarna, where she would have likely toiled away in obscurity her entire life if not for a bizarre Swedish tradition where local milkmaids would be sent to Stockholm to guide boats down a river.

However, Ersdotter, who was said to have a remarkably petit and slender build, was deemed unsuitable for the apparently back-breaking task of pointing at a river and instead told to sell milk in downtown Stockholm. A task Ersdotter found increasingly difficult due to the fact people wouldn’t stop gawking at her.

In fact, the sheer number of people who came to do nothing but stare at her face led to frequent traffic jams, which the authorities naturally blamed on the young woman just trying to do her job rather than the countless dumbasses actually blocking traffic. Arresting her for the crime of, we shit you not, being too good looking. 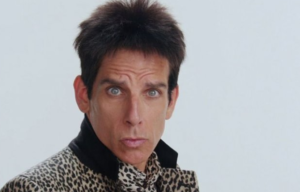 However, Ersdotter was let off when the judge ruled that being amazingly, distractedly attractive isn’t a crime and she went about her day selling milk. However, news of her traffic-stopping features only served to fuel additional interest in her appearance leading to the crown prince of Sweden asking, in disguise, if she wanted to have sex with him. A proposition Ersdotter turned down, telling the prince to either buy some milk or fuck off. Making her perhaps one of the first women in history to tell a creepy guy hitting on her at work to do one.

Moving on, Ersdotter was able to parlay this attention into a brief career as a travelling curiosity where she was paid money by nobles and aristicrats to sit at their parties whilst people marvelled at her beauty and in particular, her skin. Why? Well due to her being a milkmaid, Ersdotter had contracted a disease known as cowpox earlier in her life, a minor affliction that had the rather handy side effect of making her immune to smallpox. A far worse condition that frequently left the afflicted with unsightly scars if it didn’t kill them outright. This meant that in addition to being unnaturally beautiful, Ersdotter also had a flawless complexion free of blemishes that only served to make her even hotter to masses. Not that Ersdotter gave a shit because after making a bunch of money from Swedish nobles, she fucked off back and home to chill with cows.