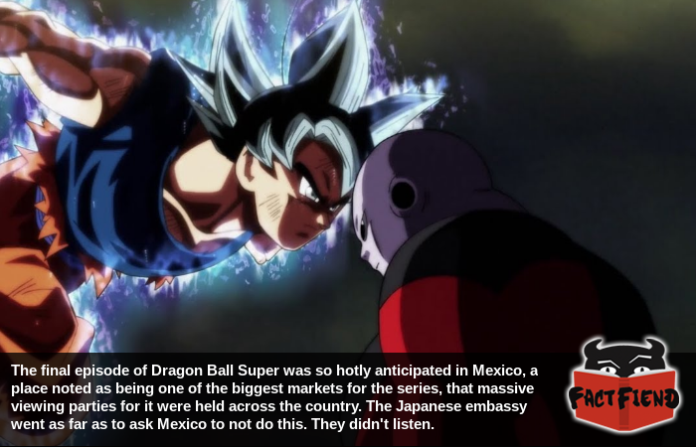 Few franchises have enjoyed as much longevity as Dragon Ball, a series that is still going strong some 30 years after it was created. Although wildly popular in both Japan and North America, it could be argued that the show’s spiritual home is Mexico where the show is so popular that episodes of it are advertised like heavyweight title fights.

Now you’re probably thinking that, that last part is probably embellished in some way, which is understandably because how in the fuck do you advertise an episode of an anime like a titanic bout between giant men? The answer to which is, in the exact same way.

You see, the basic plot of the latest series of Dragon Ball Super (at the time of writing this, that is) was that the entire universe the show is set in is under threat and most of the cast is forced to take part in what is dubbed The Tournament of Power to save it. This being an anime about fighting, there is of course an uber powerful opponent that stands between our heroes and victory, in this case Jiren. A hulking alien warrior so powerful that he can punch things with his eyes. 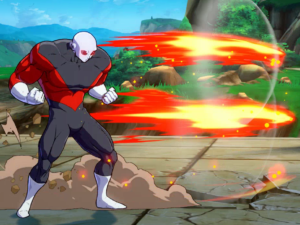 Throughout the arc series protagonist Goku repeatedly faces off against Jiren, with each revealing more and more of their true power in each subsequent confrontation. In other words, anime happens. Now each of these showdowns was heavily hyped by the makers of the show in pre-release material, which we’re assuming Mexican businesses looked at and thought “well that’s cute” before making posters we’d argue rival that of anything released officially. 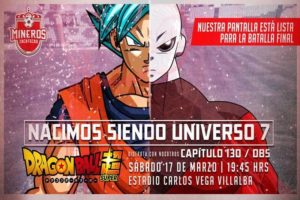 These posters along with being hype as fuck, were used by businesses across Mexico to advertise viewing parties for key episodes where major shit was set to go down. Said businesses included bars, sporting venues and even strip clubs because apparently it’s just not possible to watch a two aliens fire lasers from their fists at each other for 20 minutes without a slamming Mexican hottie grinding on your dick. As you might imagine, Toei Animation (who make the show) weren’t happy about this and sent countless cease and desist letters to businesses holding these events, all of which were ignored because lets be real, it’s not like the owner of a sleazy Mexican strip club gives a fuck about intellectual property law is it?

Perhaps more amazingly though is that Mexican municipalities got in the action too, holding huge viewing parties in town squares across the country that were attended by literally thousands of people. Again, like with businesses, Toei Animation tried to strongarm the mayors of cities and towns holding viewing parties, going as far to get the Japanese Embassy to step in and send pissy letters to Mexican governors asking them not to air any episodes of the show publicly.

Since elected officials tend to be held to higher standards than people who own strip clubs these officials genuinely had to ask permission to air the episodes to avoid causing a minor international incident. Japanese officials, seemingly realising how bad a look it was to punish what basically amounted to very dedicated fans of one of their most famous cultural exports, relented and let the airings go ahead. Because come on.