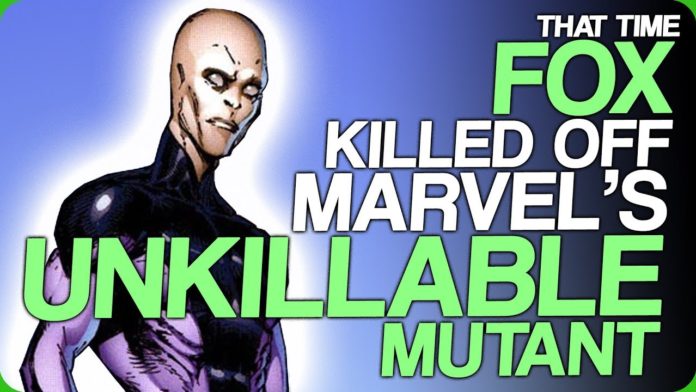 With the Marvel universe there exist a hierarchy or sorts ranking various heroes against one another in terms of their ability to detonate human skulls with their mind or suplex large trucks. Ignoring celestial beings with untapped control over space/time arguably the strongest character in all of Marvel canon is one Fox inexplicably decided to kill off in the only movie he appeared in. Darwin.

First though, a brief explanation of Darwin’s powers. In a nutshell Darwin possesses the power of “Instantaneous Adaptation” which allows him to subconsciously adapt to any threat or problem he encounters, well, instantly. For example, in one comic Darwin has to get past a bunch of searing hot lasers capable of castrating an iron giraffe, so his body evolves to make him intangible allowing him to walk straight through them. 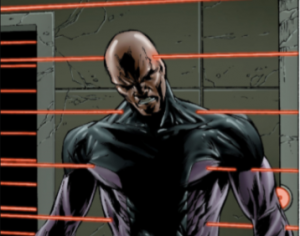 In another comic Darwin is thrown off a cliff, prompting his body to turn to stone so he doesn’t get hurt and in yet another he is shot at by like 80 flamethrowers which his mutant ability responds to by making flamethrower proof. In essence Darwin’s mutant power is like having a guardian angel who also happens to be Batman with 4 millennia of prep time.

To stop him being too powerful, it’s said in several comics that Darwin has only marginal control over his powers, meaning they sometimes manifest in ways he’s not really expecting. Perhaps the most famous example being the time Darwin tries to step to the Hulk and his mutant ability gives him the powers of teleportation, not super strength as it surmised that, that was the best way to survive that encounter. There’s also another comic where he’s infected with a virus designed to obliterate the nervous system and rather than simply expelling the toxin, his mutant ability turns him into a fucking sponge. 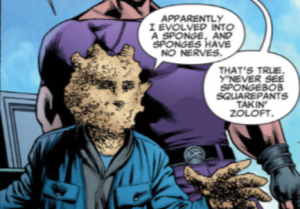 As of yet, the comics have never really established an upper limit to the extent of Darwin’s power, though it has variously been suggested that there might quite literally be no force in the entirety of the Marvel universe that could ever truly kill him. We know this because Darwin, a lowly human with defective genes somehow survived being touched by Hela, the Goddess of Death. A character who if you recall from Thor: Ragnarok possesses sufficient strength to kung-fu grip a hammer forged the heart of dying star so hard it explodes. 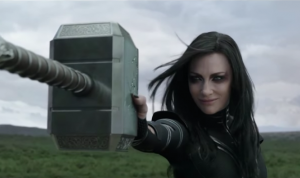 In the comics Hela is arguably even more powerful than turbo-Cate Blanchett is in that movie, having the power to instantaneously kill any living creature with nothing more than a light touch. Darwin is able to survive even this. How? Well, by evolving into a God of Death himself and using those new found powers to punch Hela’s magic cloak off. 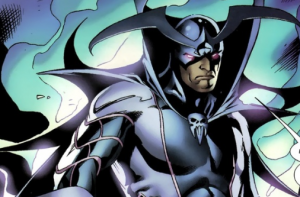 For some reason though, when Fox put Darwin into X-Men: First Class they heroically decided to ignore the fact his sole mutant ability is not fucking dying and killed him off within like 5 minutes of him appearing on screen.

Critics would later point out that this fact was made all the hilarious and baffling when you consider in that movie Darwin is played by a black guy. Prompting many of them to joke that even a literally unkillable black guy can’t escape the tired movie cliche of “the black guy dies first“. 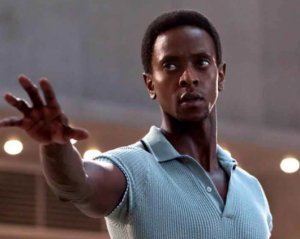 We mean, you almost kind of have to respect the amount of shade Fox threw at this guy when they killed him, a guy with the ability to survive being attacked the personification of death itself, before the shithead who screamed real loud.