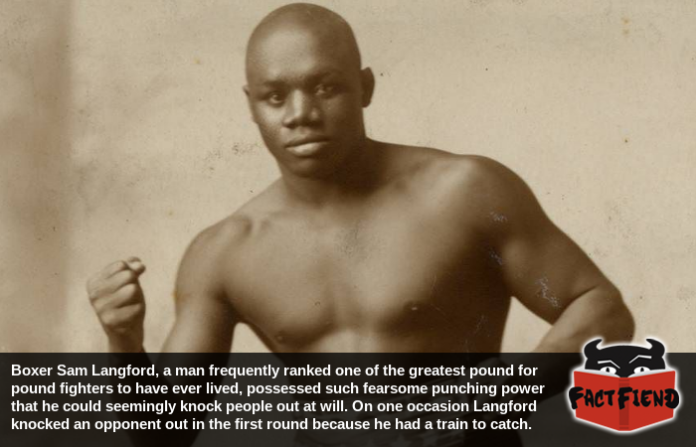 Sam Langford, sometimes known by the fearsome and supremely badass in-ring moniker of The Boston Bonecrusher, was a boxer oft considered one of the finest to have ever lived. Basically unknown outside of the world of boxing, Langford was famed for his ability to knock people the fuck out. Seemingly at will.

Standing 5 feet 7 inches tall with a solid build, Langford initially fought as a lightweight before bulking up to fight as a heavyweight. A weightclass he basically dominated to such an extent other champions of the era literally dodged fights with him so they wouldn’t have to contend with his skull-obliterating right hook. 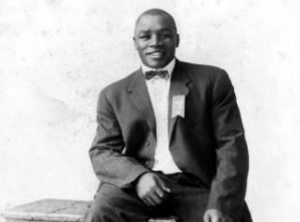 One such champion was famed heavyweight Jack Johnson, who is rumoured to have denied Langford a shot at the title while he was champion purely because he was the only man deemed good enough to have a legitimate shot at beating him. For this reason Langford is sometimes called The Greatest Fighter Nobody Knows because he was never given the chance to prove his mettle on a big enough stage.

This is kind of a shame because Langford was a phenomenal, virtually peerless pugilist who earned the respect of everyone he squared off against thanks, in part, to his sheer punching power. For example when boxer Harry Wills was once asked to describe what it was like to be hit by Langford he replied simply that it genuinely felt like Langford had punched right through him. 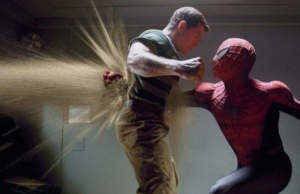 When asked what it felt like to be knocked out by Langford Willis further elaborated that he thought he thought he’d been killed. To be clear, Willis himself was a heavyweight who stood half a foot taller than Langford so it’s not like he was a stranger to being punched in the face.

Not content with being able to hit like a dumptruck full of mercury Langford also possessed deceptive reach and the speed required to utilise his crushing offence to its full extent. On top of this Langford reportedly had near limitless stamina allowing him to deliver blows with knockout power well into later rounds. Not that this was much of a concern since Langford’s punches were so powerful, few opponents could weather more than a few rounds of Langford haymakers before their defence crumbled.

As an example of how hard Langford could hit he would frequently knock opponents out in the first round and leave the ring immediately. When asked by a fan why he did this Langford’s response was to say with a smile, “I have to catch that 11:30 train you know.”