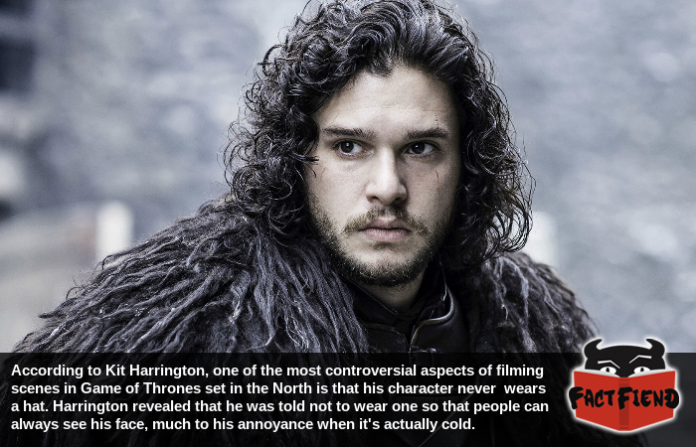 Few pieces of pop culture have had as trans formative an effect of the landscape of television as Game of Thrones. While the show has generally been well received, one thing that has annoyed fans, critics and even the actors starring in it is that nobody wears a fucking hat. Something that has apparently caused countless arguments behind the scenes.

You see, for like the 6 people reading this who aren’t aware of what Game of Thrones is, much of the show is set on the fictional continent of Westeros, the north end of which is a desolate frozen wasteland. 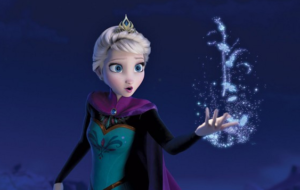 Even discounting the section of Westeros that is literally just an endless sheet of ball-shatteringly cold ice, with several exceptions, the majority of Westeros is what could be diplomatically described as a bit chilly. As evidenced by the fact almost everybody living there is draped in like 40 pounds of wolf pelts at all times. 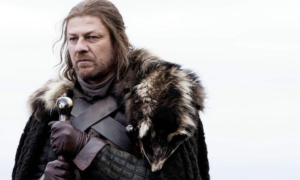 In the context of the show the North is so brutally cold that a considerable percentage of it is effectively inhospitable to everyone but nomadic groups of bearded badasses and ice-zombies. Despite this almost no character seen in the show, even those who are literally tasked with standing atop a giant wall of ice, ever wears a hat. The sole exception to this being the occasional extra in the background of a scene.

As it turns out this was a deliberate decision made by the producers and costume designers who didn’t like the idea of obscuring the face’s of the show’s principle cast with hats. Amusing even the lead fucking costume designer on the show gets annoyed by this and has admitted to clashing with producers about it because of how little sense it makes in context for nobody to be wearing a hat even when they’re visible shivering their nutsack off.

But here’s the thing, even the actors in these scenes get annoyed by this particular logical inconsistency because as you might imagine, some of the places they film these scenes are actually kinda cold. Kit Harrington for example (pictured above just loving life) has complained numerous times to producers about not being able to wear a hat, even between takes, because they don’t want him to mess up his hair which fun fact, is often styled specifically to look kinda shitty. 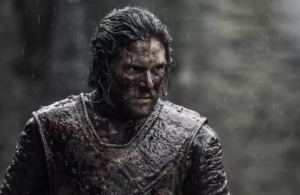 Something that means, yes, Kit Harrington isn’t even allowed to wear a hat when the camera isn’t rolling because it might make his hair look less shitty. For this reason Harrington often quips in interviews that nobody wants his character to wear a hat more than he does.