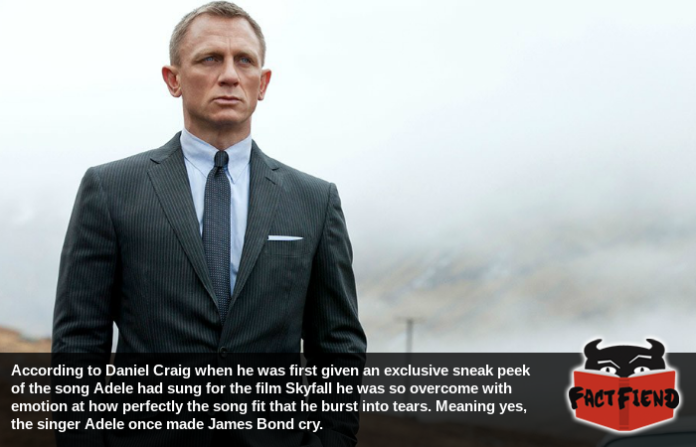 Film buffs have long argued about which actor was the best James Bond and while that argument is unlikely to ever end, we feel fairly confident saying that the toughest James Bond is Daniel Craig’s take on the character. A fact that makes it kinda amusing that Craig, once cried at a song about him.

Before that though we should clarify that there’s nothing wrong with a man showing emotion or crying and that it takes a man who is supremely confident in his own masculinity to admit to weeping big salty man-tears in a world where such things are usually made fun of by men who aren’t as secure.

No, what we find amusing is that James Bond has, for nearly his entire fictional history in film, been portrayed as the quintessential Englishman. As in he’s near universally portrayed as cool, calm and collected under even the most dire and harrowing of circumstances, even if said circumstances are someone trying to obliterate his nutsack with a thick piece of rope being swung towards his dick-area at half the speed of sound. 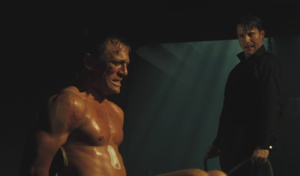 Hell, most of the Bond films will include at least once scene of the titular super-spy doing something awe-inspiringly badass and being more concerned with whether the stunt messed up his hair or some shit. For example, consider the topic of today’s conversation Skyfall, in which Craig’s Bond leaps from the back of an exploding train and upon landing immediately adjusts his cuffs like the jump wasn’t even shit. 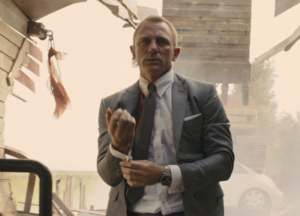 A scene we’d like to deconstruct for a moment before talking about Craig weeping the manliest tears ever shed because if you mentally remove the camera from that scene it paints Bond as a man who is almost comically obsessed with looking cool. We mean think about that scene from Bond’s perspective, in the context of the film that cuff readjustment occurs moments after Bond has just used a piece of heavy machinery to rip a train in half while simultaneously being shot at. The latter part being especially important to note because one of the bullets actually hits Bond in the shoulder. Fuck, the blood from this wound can even be briefly seen when Bond lands.

And his first reaction upon standing up straight is, rather than seeing to this wound or even flinching in pain, is to make sure his suit looks okay. That’s like Ginyu Force levels of commitment to looking flash as fuck and we respect it immensely.

Anyway, as is tradition with Bond films Skyfall features a signature song belted out by a notable voice of the era, in this instance, fucking Adele.

The song, aptly called Skyfall, was co-written by Adele who by all accounts absolutely fucking crushed it and by some accounts, was better the film itself. A fact that’s hardly surprising given that it was sung by a woman with a voice that could command the tides themselves to head back out to sea or birds to headbutt helicopters out of the sky. According to people familiar with the matter, shortly before the song was mastered for release a demo was played for Daniel Craig along with producer, Barbara Broccoli.

As you’ve probably guessed by now given the title of this piece, the song moved Craig to tears and he immediately, in his capacity as James Bond, gave the song his blessing. Not that he needed to because it’s not like the studio wasn’t going to release a fucking Adele song but it’s nice to know Adele’s voice has the power to make the personification of English non-fuck-giving cry.