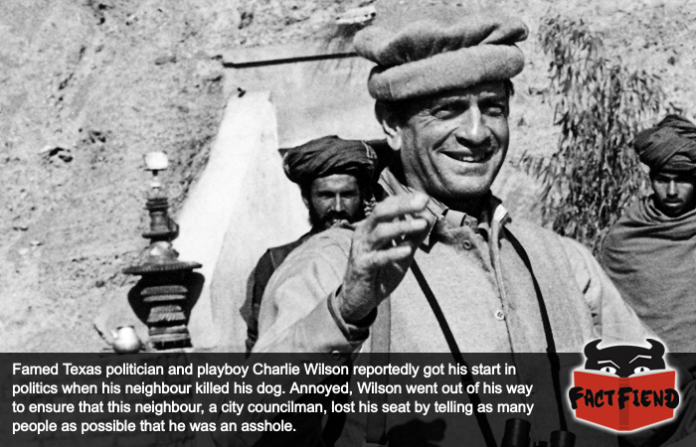 Charlie Wilson was a larger than life political figure known for spending the vast majority of his time in office doing drugs, drinking booze and ploughing his way through the DC area phonebook. A fact that is somewhat at odds with Wilson’s earliest foray into the world of politics which saw him taking down a political rival, for his dog.

Now the genesis of this particularly satisfying tale of political schadenfreude is the 1940’s, namely when an at the time 13 year old Charlie Wilson came home one day to find that his neighbour had killed his dog. And you know that when a story on this website starts with dog murder, the ending is going to be very fucking satisfying. 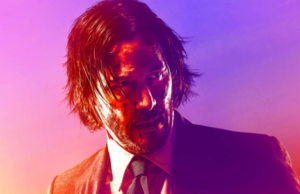 Before that though, some background on what the hell went down to lead to this neighbour resorting to some pup snuffing Well according to Wilson his neighbour, the aptly named Charles Hazard, was annoyed that his dog had somehow snuck into his garden one too many times. An aggrievance Hazard felt could only be rectified by mixing broken glass into the dog’s food, killing it. Something Wilson responded to by setting Hazard’s garden on fire, because fuck him.

However, Wilson wasn’t satisfied with just ruining Hazard’s garden and decided that to well and truly get even he had to quite literally ruin this man’s whole career. Which is when he realised that Hazard was an elected city official and that an election was right around the corner. An election that, as you might imagine given Hazard’s penchant for poisoning dogs, he wasn’t polling too well for.

The problem was though that Wilson’s ability to influence the election was limited due to him being 13 years old. Which is when Wilson realise that he lived, in America.

You see, despite only being 13 Wilson was technically allowed to drive due to a loophole in Texas law at the time allowing farm boys to obtain a learner’s permit for driving tractors and shit. With this information in hand, Wilson went right ahead and got a learners permit and set about offering his services to everyone and anyone in his local area who wanted to vote to the tune of about 70 people.

Showing far more restraint and tact than Hazard had, Wilson encouraged everyone he ferried to the polls to vote however they wanted telling each of them before they left the car –

“I don’t want to influence your vote, but I’d like you to know that Charles Hazard poisoned my dog.”

Unsurprisingly Hazard lost (reportedly by just 16 votes) and just like that his political career came to an abrupt and ignominious end. But Wilson wasn’t done stomping Hazard’s balls because he still had to let him know why he lost, which he did by knocking on his door, telling him he’d bussed in the electorates who’d voted him out before telling him very matter of factly not to poison any more fucking dogs. A warning we assume Hazard listened to because we aren’t aware of his house mysteriously burning down a short while later.