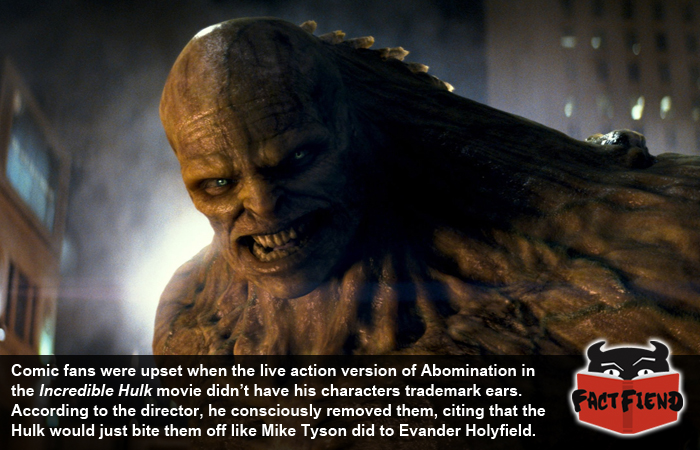 Out of all of the Marvel Cinematic Universe movies released so far, The Incredible Hulk ironically, is one of the weakest it’s still a good movie, as far as movies about radioactive punch monsters go, but it’s just not as good as say, The Winter Soldier, which they intentionally rewrote so people couldn’t make fun of it. One of the things that comic fans were most upset by was the fact that Abomination, the Hulk’s long time rival and occasional frenemy looked so different. Well there’s a good reason for that.

If you’re not a fan of the Hulk or comic in general, allow us to explain. In the original Hulk comics, Abomination looked like a weird cross between a buff version of the Creature from the Black Lagoon and the dinosaur that spits acid into Wayne Knight’s eyes in Jurassic Park. 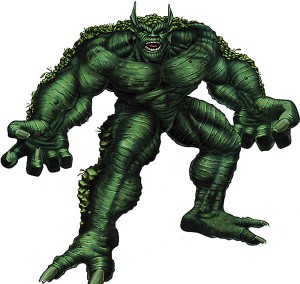 Whereas in the 2008 Incredible Hulk movie, he looks more like an anemic bodybuilder trying to smuggle a blue marlin in his backpack.

When asked about why he opted for such a radical redesign of such a well established Hulk character, the director of the movie, Louis Leterrier explained that although Abomination looked good in the comics, when he tried to translate that design to a 3D model, it just ended up looking stupid.

In regards to Abomination’s ears, which many fans were upset about as they considered them an iconic feature of the character akin to Captain America’s shield or Batman’s Bat Bulge, Leterrier didn’t include them because he felt that the Hulk would be quick to take advantage of such a glaring and obvious weak point, adding that if he did add them and the Hulk didn’t just rip them off Abomination’s stupid face the second the fight started, fans would be more upset with him for making the Hulk look like he didn’t know how to fight.

To back this argument up, Leterrier brought up the Mike Tyson/Evander Holyfield boxing match, in which Tyson famously bit off a chunk of Holyfield’s ear, because fuck him we guess. Leterrier argued that if it occurred to Mike Tyson that maybe biting a guy’s ear off would work in a fight, it would almost certainly occur to the Hulk.

And that ladies and gentlemen, is why Abomination looked kind of shitty in The Incredible Hulk movie.