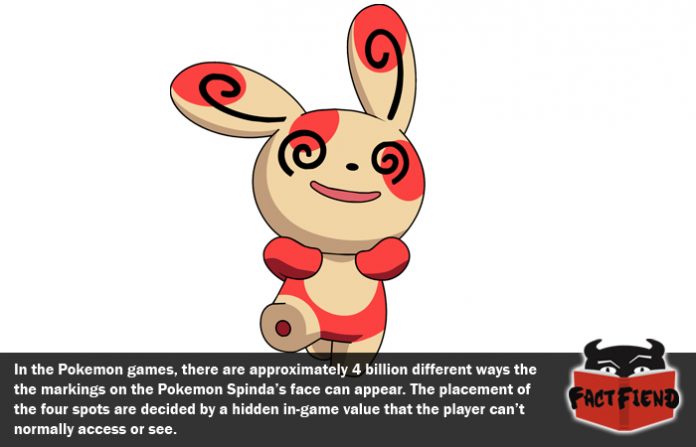 At the time of writing this there are 802 different Pokemon spread between the various games in the franchise and about 50% of them look stupid. Perhaps the stupidest looking one of all is Spinda, a panda inspired Pokemon that has a dick drawn right on its face.

To be clear not every single Spinda has a dick drawn on its face, just a select and presumably annoyed few. This is due to a feature of each version of the Pokemon games that randomly assigns every new Pokemon you encounter a “personality value” derived from an unsigned 32-bit integer, essentially assigning each Pokemon a randomly generated number between 0 and 4,294,967,295.

It’s a clever bit of programming that makes each game unique as even Pokemon of the same type and level will invariably have minor variations between them, making most every Pokemon an average player will encounter unique in some way. In regards to Spinda, along with deciding it’s stats, level and gender, its personality value also determines the placing of four spots across its face and head as a nod to the fact no two examples of the Pokemon are said to look alike.

This means that all in all, there are roughly 4 billion different possible spot combinations for a Pokemon almost nobody gives a shit about because it looks stupid and has terrible stats, making it a poor choice to help you become the very best. If you take into account the fact that there’s an additional 1 in 4000 chance to encounter a “shiny” Spinda with blue spots, this figure rises to over 8 billion possible combinations of spot placement and color. 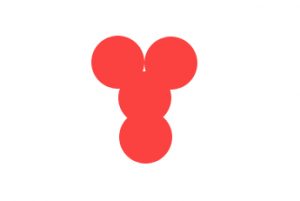 As of right now, while nobody has managed to find such an example, or at least nobody wanting to share that fact with the world, people poking around in the games files have found that the combination does exist somewhere amongst the 4 billion or so others. This is along with the millions of minor variations on it that are statistically likely to also exist.

In other words, to every person who has ever thought of making fun of the more recent Pokemon games for including a literal living bag of shit…

Remember that years earlier they made a Pokemon that statistically, has about a million versions with a crude penis drawn somewhere on its head.