There’s a rule in the world of film and television that says “never work with children or animals” because doing so will result in something fucking about 80% of the time. Apparently Clint Eastwood took that statement to heart when making American Sniper because in a scene calling for the protagonist to cradle his newborn child, he inexplicably carries a doll instead.

The scene was so absurd that a number of test audience literally burst out laughing when it happened and we don’t blame them because seriously, look at this thing.

That baby is so obviously not real that posting a picture of it on Facebook once automatically stops you from ever seeing sonogram photos again. It looks so much unlike a living, breathing newborn and detracts so much from the scene that we honestly think Bradley Cooper could have soccer punted it through the window and nobody in theatres would have thought it was weird.

For anyone who hasn’t seen the movie, but decided to read this far due to some bizarrely specific and misguided interpretation of the word YOLO, the scene in which that “baby” appears is in is supposed to be a gut-wrenching moment in which Chris Kyle (the guy the film is based on and who Bradley Cooper is playing) gets to first cradle his newborn daughter for the first time while his wife explains through tears that she thinks their marriage is sort of falling apart. The scene is intended to be an emotional sledgehammer that hits you in the newly formed set of external ovaries you developed while watching it, but instead it is rendered completely ridiculous because nobody can take a grown man seriously when he’s holding a tiny plastic baby.

According to the film’s producer, Jason Hall, the reason they had to resort to using a fake baby in that scene is because of the two babies they hired to play Kyle’s newborn daughter, one never turned up (Hollywood babies are notoriously diva like that) and the other had a fever. Rather than waiting to film the scene another day when they actually, you know, had a baby, the crew gave Cooper a plastic one, told him to roll with it and it somehow made it into the movie.

What makes this decision more hilarious is that it completely undermines everything Cooper went through to portray Chris Kyle as accurately as possible. For example, when he found out he was going to get the role, Cooper went and sat down with Kyle’s actual father and apologised for the unforgivable crime of not looking exactly like his son, promising that the next time he saw him, he’d have to do a double take.

True to his word, Cooper then spent the next 10 weeks working out every single day, listening to Chris Kyle’s actual gym playlist while staring at a picture of him he’d stuck to the mirror to serve as inspiration. Cooper then hired a vocal coach and watched interview Kyle had ever given so that he could flawlessly emulate his speaking voice, tonal inflections and presumably the exact pitch at which he farted. By the time Cooper had finished transforming himself it’s reported that , just as he’d promised, Kyle’s own friends and family had to do a double take whenever they saw him in costume, which is impressive when you realise Chris Kyle had died when they started filming because some asshole decided to shoot him.

While they were filming, Cooper would also end most scenes by asking the cameraman “Did I look big?” because he wanted to didn’t want the audience to ever think for even a second that Kyle was anything less than a hulking Übermensch. 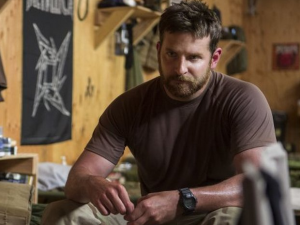 Then again, Cooper probably had a reason to want to portray Chris Kyle as positively as possible because it’s noted that several soldiers had threatened to fucking murder the film’s screenwriter at Kyle’s funeral if he messed up the film’s script. Because nothing says “I am a stalwart protector of freedom” like threatening to kill someone for exercising their first amendment rights, at a funeral.

All of this makes the fact everyone involved with this film’s production, including Bradley Cooper who ate 6000 calories a day for 10 weeks to put on 40 pounds of muscle and spent months learned to perfectly emulate Kyle, never suggested that they should probably re-shoot the scene where he awkwardly holds a fake baby.

To read about another badass sniper, check out our article on the time Annie Oakley offered to personally train an elite team of all female snipers for the American government and was told not to bother. Twice. 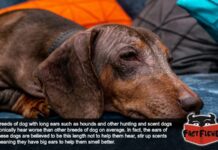 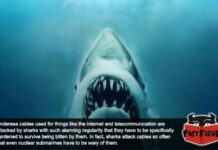 The internet is constantly being attacked by thousands of sharks