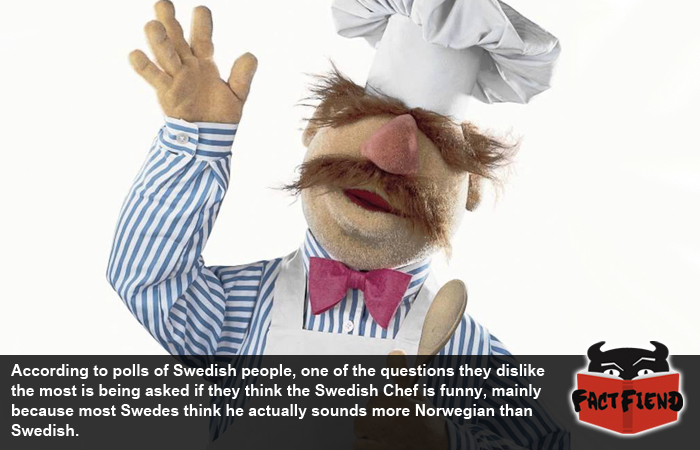 This article, like many in our archives was recently turned into a video and there’s nothing you can do to stop it from happening.

If you’d like to metaphorically tell YouTube to eat a dick, you can find the original article the video was based on below.

The Swedish Chef is one of the more notable character from The Muppet Show and as his name suggests, he is a chef and he is Swedish. Or at least he is everywhere except Sweden, where they hate him and insist that he’s actually Norwegian.

If you’ve no idea who the hell the Swedish Chef is, please take a moment to text your parents telling them they failed you as a child by not letting you watch The Muppet Show then watch this brief educational video.

According to friends of Jim Henson, who originally voiced the character prior to his death, the character, or more specifically his voice was inspired by a tape Henson used to listen to in his car called “How to Speak Mock Swedish“. Henson reportedly loved the tape and would spend literally hours amusing himself by talking in a stupid fake Swedish accent pretending his was making a sandwich. Presumably to justify the amount of time he was spending speaking in the accent, the idea was eventually incorporated into a Muppets character and thus, the Swedish Chef was born.

The character was an instant classic and Sweden forever became synonymous with the Muppet with arguably the second strongest eyebrow game after Beaker if you imagine that shock of orange hair he has is actually the most threateningly impressive monobrow of all time. 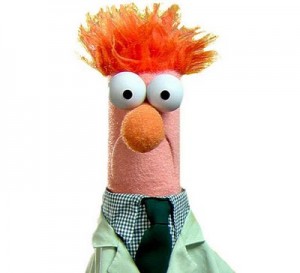 The thing is, Swedish people actually don’t sound anything like the Swedish Chef, or at least, they claim they don’t, arguing instead that the Swedish Chef sounds more Norwegian than anything. To be fair to the Swedes, they kind of have a point and linguists have pointed out that the sing-songy cadence of the Swedish Chef’s voice and his tonal inflections are more common in Norwegian than they are in Swedish. Then again, Henson didn’t listen to a guide on how to speak real Swedish, he listened to a guide on how to speak mock Swedish and judging by how pissed of Swedes get about it, we’d say he’s mocking them quite well.

According to Swedes, after being asked about ABBA and Ikea, the Swedish Chef is the number one topic western tourists like to bring up when talking to them which has only made the character all the more hated in the country. Which is hilarious when you  realise that The Muppet Show airs in Sweden.

Some Swedes have even attempted to criticise the character by suggesting that if the roles were reversed, Americans wouldn’t like a character mocking the way they speak and should as a result, be more sensitive of how offensive the Swedish Chef could be to actual Swedes spectacularly ignoring the fact that Americans have been making fun of the way Americans speak in American movies for years.

This isn’t even mentioning, Prisencolinensinainciusol, a song composed by an Italian man designed to sound like he was speaking in an American accent that consists of nothing but incomprehensible streams of gibberish screamed at the top of his lungs.

It’s impossible to even be mad at something like this, you just have to stop and appreciate the effort that goes into simultaneously getting something both that wrong and that right.