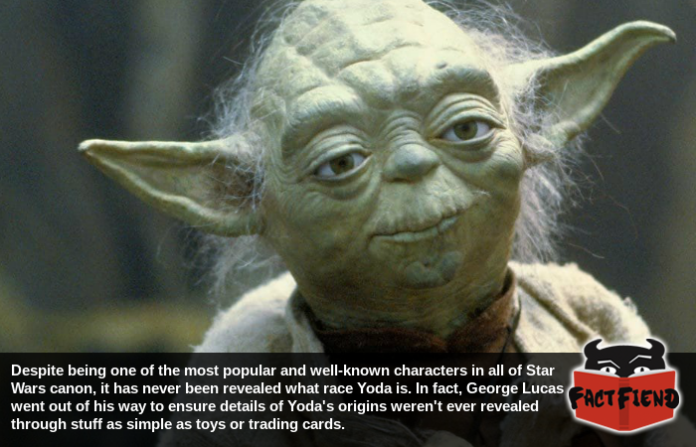 Star Wars is a series where literally every single character, no matter how small or inconsequential, gets a backstory. A fact that makes it kind of weird that Yoda, fucking Yoda, has never had his backstory explored because George Lucas was a weird asshole about it.

First though, for anyone unfamiliar with just how ridiculous the Star Wars Expanded Universe is before Disney decided to nuke it all from orbit, literally almost every single character, no matter how minor, from the original trilogy has has their backstory explored. Likely in extreme detail in a book or comic. For example consider the book, Tales from the Mos Eisley Cantina, a collection of short stories about background characters from the Mos Eisley cantina. 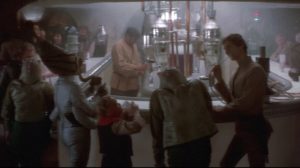 What makes this especially dumb though is that this scene was literally something they gave no thought whatsoever to back when they were making it. They pretty much just asked the prop guys to throw together whatever alien looking designs they could think of using all the masks and outfits they had on hand. In other words, nobody back then gave a shit about and then years later, they retroactively gave every dumbass-looking alien in the background of the scene a backstory. Because Star Wars.

With that in mind think for a moment about how insane it is to think that Yoda, a character integral to the story of Star Wars, has never once had so much as the name of his species revealed in any piece of Extended Universe media. In fact, within Star Wars canon the only name given to Yoda’s species is, well, Yoda’s species.

As if that wasn’t stupid enough, Star Wars canon has established Yoda, for whatever reason, is incredibly secretive about his origins, home world and basically all details about his early life. A fact that begs the question, why? Well, we don’t really know because again, there’s no canon explanation for Yoda’s reluctance to speak about his past save for its what George Lucas wanted.

You see, for reasons he has rather fittingly, never revealed, George Lucas didn’t want Yoda’s origins to be discussed in Star Wars media. Hell, Lucas was reported to hate the idea of people knowing more about Yoda so much that he would routinely cancel toys and stuff exploring his species. Seemingly for no reason.

On one occasion Lucas was even rumoured to have ordered the cancellation of an entire run of trading cards just because one of them happened to depict a bunch of aliens who looked like Yoda. Again, nobody knows why he did this because, while he was in charge of the series, Lucas had absolute control over every aspect of the universe and nobody was allowed to question him.

As an idea of how much control Lucas had over the series he was straight up asked what the deal with Yoda’s species is a few years ago and basically explained that the mystery surrounding Yoda is deliberate and he had no plans to elaborate on it. Which is wildly unhelpful but also, very on brand for him.