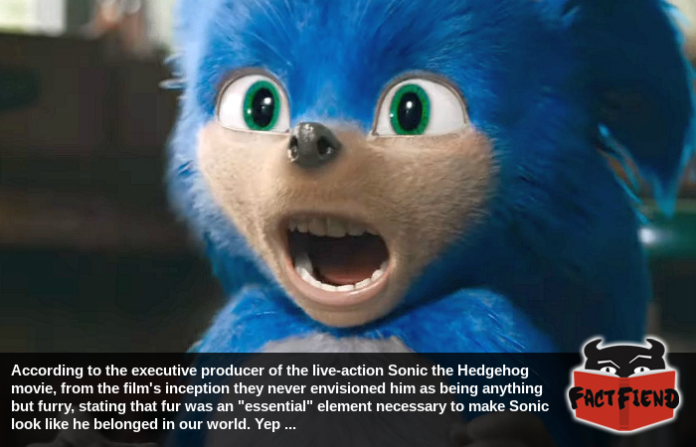 Despite not even being released at the time this article was written, the 2019 Sonic the Hedgehog movie is already shaping up to be a turd of monstrous proportions. In particular it’s the redesign of the titular character that has drawn the most ire from critics and fans. A redesign the people behind the movie insisted had to be weirdly furry.

If by some miracle you’ve managed to avoid the horrific amalgamation of children’s fears that is the redesign of Sonic from this movie or simply aren’t familiar with Sonic as a character. The image like 4 inches above this one is what Sonic looks like in the movie and this is what he looks like in the games he hails from … 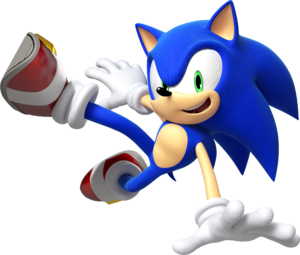 So far reactions to the redesign have been near-universally negative and critical with many pointing to the fact that Sonic the hedgehog doesn’t look anything like, well, a hedgehog, instead more resembling a gangling humanoid rat-creature. 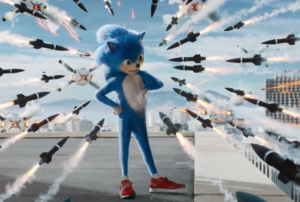 As an idea of just how overwhelmingly apathetic and cynical the response has been to the redesign of sonic, the guy responsible for creating the character in the first place, Yuji Naka, immediately shit all over the design upon seeing a leaked image of it. Simply asking in a cryptic tweet “Is this the Sonic movie?“.

Other people involved with the character over the years have expressed everything from shock to surprise at the redesign, which is a diplomatic way of saying they hate it but don’t want to piss off Sega. Speaking of which, according to executive producer Tim Miller, Sega were incredibly annoyed about the look of Sonic, in particular his eyes. A rumored reason why a teaser poster for the film (that everyone also hated) didn’t contain this element.

Oddly, despite almost universal disdain and mockery in regards to the redesign, the aforementioned executive producer has doubled down in various interviews, insisting that Sonic had to be furry. When asked why by a perplexed interviewer, Miller explained that if Sonic wasn’t furry he wouldn’t be believable as a character that existed in the world they’d created.

The reasoning behind the dramatic change then is that producers were worried that if Sonic looked like he did in his original games, he wouldn’t “fit” in the world. You know, because it’s not like there ever been a movie where they’ve been able to accurately show fictional characters standing and acting alongside real people that they could use as a reference for this sort of thing or something. 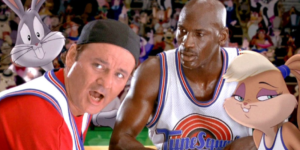 So instead of a rendition of Sonic true to his video game roots, we instead get a visually repellent, gangly furry-handed monster with human teeth.