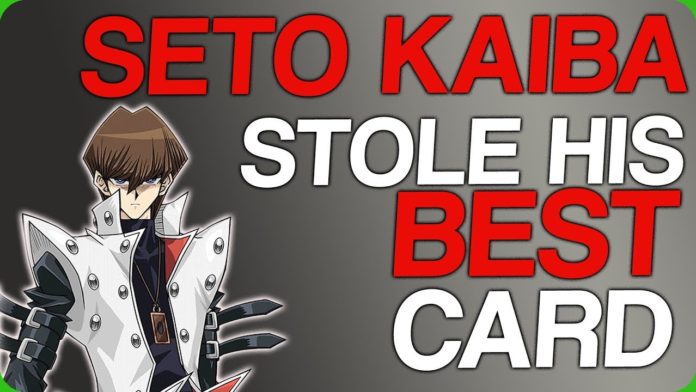 Within the Yu-Gi-Oh universe Seto Kaiba is a multi-millionaire big-dicked CEO who inexplicably decides to dedicate a ridiculous amount of his time to playing a card game. A card game it should be noted he’s so ruthlessly addicted to, he straight up fucking killed someone to steal their best card.

That card is of course, the Blue-Eyes White Fucking Dragon, a Colgate-white engine of destruction capable of launching a beam of sexual dragon energy capable of depleting an opponents stock of life points in a single, ego-obliterating attack. 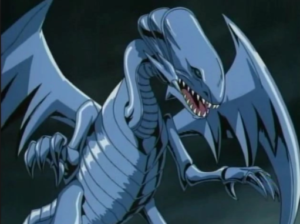 Although the card is pretty much useless in the current Yu-Gi-Oh meta, originally it was so overwhelmingly powerful that a character in the show had to pull victory clean out of their ass by playing a card that rather than defeating it, just instantly ended the game in their favour. 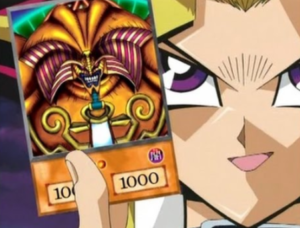 Within the context of the Yu-Gi-Oh universe there are supposedly only 4 Blue-Eyes White Dragons in existence, or at least there were until Kaiba went right ahead and tore one of them in half because he’s a huge dickhead. As a result of this, Kaiba now owns the only 3 copies of the card in existence which initially made him literally unbeatable because he could summon all three in quick succession and no other card in the game (at the time) was powerful enough to defeat them. If you’re not a fan of the game or show, just imagine playing poker against someone who could play a card that let them just take all your chips and then slap your dick a few times for good measure.

So how did Kaiba go about acquiring not just one, but three copies of this legendary card? In short, he hustled like a motherfucker. You see according to original manga the show is based on Kaiba spent a considerable amount of his fortune tracking down everyone who owned a Blue-Eyes White Dragon and using the full might of his money-penis to coerce them into handing them over.

According to the man himself the original owners of these uber powerful cards understandably didn’t want to hand them over, thankfully Kaiba being a rich dickhead was able to remedy that by bankrupting the shit out of one owner, forcing them to sell. Kaiba then used his wealth and connections to have the fucking mafia beat the living piss out of another Blue-Eyes owner making them more shall we say, amenable to selling their most treasured possession. As for the final Blue-Eyes Kaiba supposedly scored this by forcing the owner to commit suicide. Yes we’re still talking about a series that revolves around a card game.

What makes this more hilariously evil is that just a few short years later, the card Kaiba nearly bankrupted his own company and straight up killed a person trying to acquire, ended up being practically useless thanks to the introduction of better cards and new rules. But then again, we’ll Kaiba felt like a big man stomping all those noobs using an obscenely powerful deck nobody could beat because he’d spent more money on the game than they did.