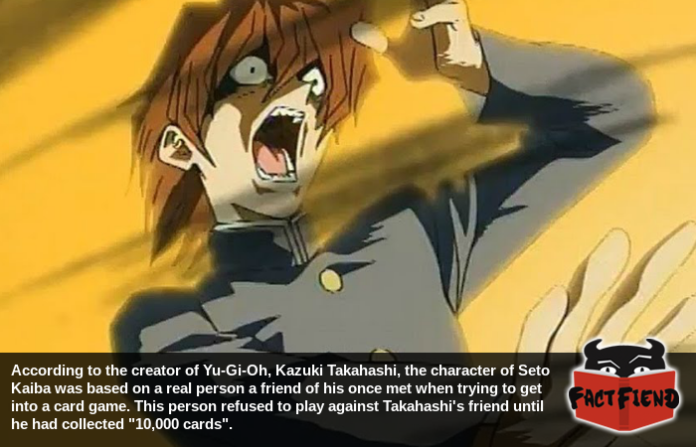 Seto Kaiba is a fictional dickhead from the Yu-Gi-Oh series best known for his arrogant demeanour, Colgate-white pimp coat and for generally being an a smug turd. He’s also, unbelievably, based on a real guy who was also a smug turd.

If for whatever reason you’re not familiar with Kaiba, he originally hails from a manga series about child gambling that is now inexplicably the basis of a multi-billion dollar media empire. 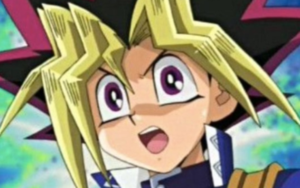 Within the context of the story of Yu-Hi-Oh, Kaiba is a ruthless, egomanical corporate shit heel who became a billionaire at like age 12 by brutally exploiting the hell out of a rival businessman’s kindness. He’s also super obsessed with card games, using his vast resources and wealth to buy, steal and in one case, kill someone, to get the best cards in the world just so that nobody can beat him. 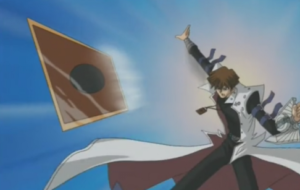 Hell, Kaiba loves winning so much that he becomes obsessed with the main character of the series just because they beat him once and he was unable to handle it. This arrogance being a defining trait of the character that was reportedly inspired by a similarly dickish card game enthusiast the series creator, Kazuki Takahashi, heard about from a friend.

According to Takahashi, his friend was trying to get into a new card game and decided that the best way to do that would be to ask someone who seemed to be pretty good at it. The problem was the guy Takahashi’s friend approached was a smug, elitist prick who didn’t want to interact with the card-collecting equivalent of a fucking peasant.

Initially Takahashi was annoyed by the story but eventually came to realise that a person who was that much of a dickhead would probably make for a compelling character people would love to see get their shit pushed on the regular by the story’s hero. You know, anime stuff. 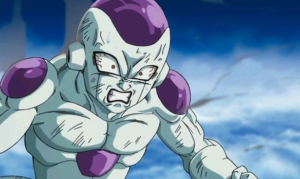 In the end Kaiba ended up being pretty popular because apparently people like characters who just really enjoy being evil.