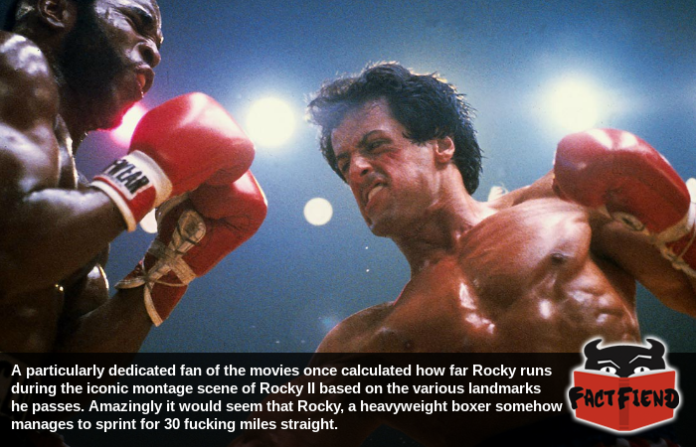 Rocky Balboa is a movie character defined by his grit, determination and ability to survive 14 hit punch-combos to the face. One of Rocky’s lesser discussed talents though is the fact he has a seemingly unlimited amount of stamina and can run forever.

You see, while the various Rocky movies establish fairly well that Mr Balboa is a fucking unit of a human with a cast-iron jaw and giant man-fists, his stamina stat is rarely discussed in any detail. Which is weird considering Rocky being able to continue throwing haymakers after 15 rounds of Dolph Lundgren punches is half the reason he’s a heavyweight boxing champion. 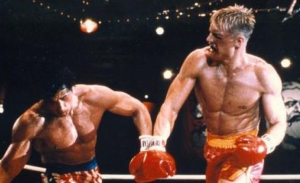 However one thing the movies never really make a big deal about is how far Rocky can run. A sentence we feel kinda stupid saying about a series of movies famous for montages of Rocky sprinting at Mach 3 through Philadelphia so allow us to explain. Rocky can for fucking ever and nobody seems to give a shit.

For example, in Rocky II the titular Rocky Forrest Gumps his way through Philadelphia in the least flattering training garb ever worn. 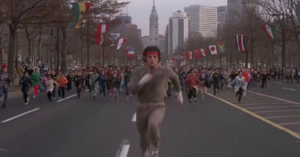 Although the movie makes a big deal about Rocky running, the movie doesn’t mention that Rocky (and by extension the entire city of Philadelphia who seem to be chasing after him at that moment) sprints an entire marathon. No really.

According to a writer for a Philadelphia-based magazine (who we’re going to assume are experts on all things Philly) during the montage Rocky runs at least 30.6 miles. A thing to remember here is that in context of the movie, the run is supposedly part of Rocky’s everyday training regiment – which makes sense when you realise that half the fucking city knows where Rocky will be during it – and nobody seems to care. 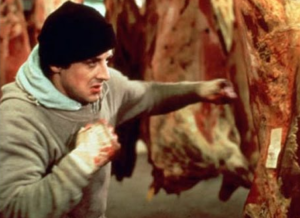 Tons of boxers punch things to train because that’s like, their thing, but how many of them can randomly sprint a marathon uphill?