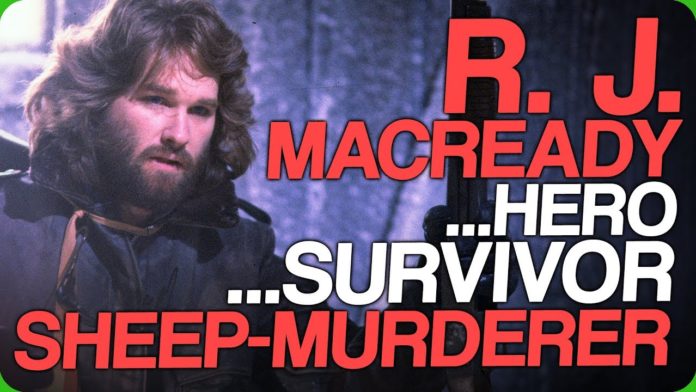 The beauty of John Carpenter’s 1982 sci-fi horror staple, The Thing, is that it ends with the ultimate fate of the film’s protagonist being left to the imagination of the viewer. Unless you read the Dark Horse comics that are considered a sequel to the film, in which case you know R.J MacReady survived and went on to live a long, full life full of indiscriminate animal murder.

First a refresher for anyone who doesn’t remember it. The Thing ends with R.J MacReady played by Kurt Russell and Childs played by Keith David sharing a drink amongst the charred ruins of their arctic outpost. The crux of the film’s ending is that neither the characters or us, the viewer, really know whether or not either man is actually a shape-shifting killer alien as they both slowly freeze to death with only the thought of all the flame-thrower combos MacReady performed throughout the film to keep them warm.

The ending has been endlessly dissected by fans and there are numerous theories floating around online trying to discern what the ultimate fate of each character is. Which seems kind of pointless when you realise that comics set directly after the movie ended state that both men survived and were in fact very human.

The comic, The Thing from Another World for example shows that both MacReady and Childs walked all the way to the Antarctic coastline and were found by a Japanese whaling boat. How either man survived when they were shown to be on the verge of death at the climax of the film is never explained. MacReady then steals a helicopter and flies back to the outpost to flame-thrower the shit out of the Thing’s remains because old habits apparently die really fucking hard in The Thing expanded universe. 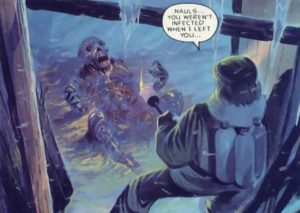 After blowing up another Thing with a hand grenade and a series of adventures aboard a submarine on which there’s, you guessed it, another fucking Thing, MacReady somehow ends up in an Argentinian research base. Painfully paranoid from his multiple run-ins with the shape-shifting alien, MacReady refuses to believe he’s safe and instead begins to suspiciously eye a nearby flock of sheep. Distrustful of the sheep and their general sheepy sheepness, MacReady sneaks out in the dead of night with a machine-gun and opens fire on the entire flock while screaming like his dick is touching a hot iron. 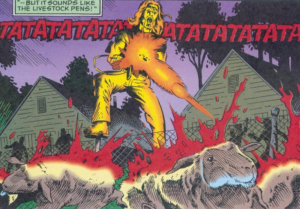 MacReady is subsequently subdued and told to stop being such a paranoid shithead and is scolded for killing what were evidently the most chill-ass sheep known to man. 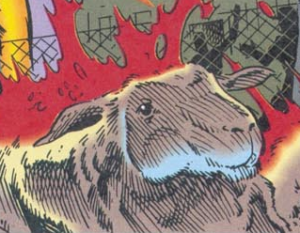 MacReady’s time in the naughty corner is cut short though when it’s revealed that one of the sheep actually was a Thing and had survived MacReady’s wooly rampage. The Sheep-Thing then proceeds to murder-death-kill the fuck out of everyone it can while MacReady almost shits himself by screaming the words “I told you so”  through teeth he’s clenching so hard his fillings turn into diamonds.

Following this MacReady basically travels around the world with a flame-thrower immolating Things like a more beardy, grizzled version of Carmen Sandiego. Like the film it is based on, the comic series ends on a cliffhanger with MacReady’s fate being left to the imagination of the reader. However, unlike the film, the comics end with MacReady punching the last surviving remnant of the Thing right in the face after wrestling with it while riding a giant wave caused by an exploding super-tanker. 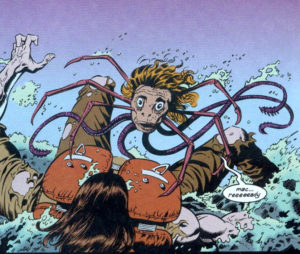 Seemingly to balance out how badass that scene is, MacReady is then unceremoniously knocked over by a wave and hits his head on a rock before he can crush the final vestiges of the Thing beneath his boot. Yes, you read that correctly, The Thing canonically ends with R.J. MacReady physically besting an ageless alien monster-beast with the collective powers of a trillion assimilated lifeforms with his bare hands but before he can kill it for good, he trips and hits his head on a rock.