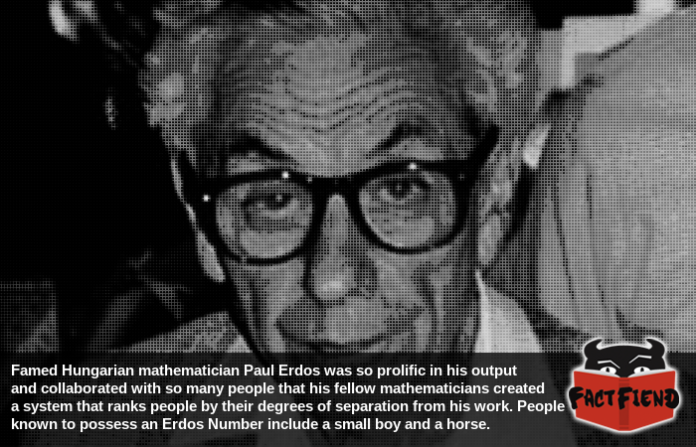 The name Paul Erdos may not mean much to the majority of people reading this, but within the spheres of mathematics and to a lesser extent, other fields involving big-ass numbers, the guy’s a fucking rock star. Well known for his eccentricities and prolific work output, Erdos collaborated with so many people over the years you can draw a line from him, to a horse.

A veritable mathematics prodigy, Erdos’ talent for doing cool shit with numbers was evident from basically the moment he could talk, with Erdos reportedly being able to calculate the number of seconds he’d been alive from like age 5. Erdos could also do shit like multiply obscenely large numbers in his head and reportedly independently developed the idea of negative numbers when he was 3.

As a man, Erdos’ proficiency for all things mathematical was such that colleagues would tell stories of him solving problems that had baffled other mathematicians for months in a matter of seconds. Hell, on one occasion Erdos was dicking around in the lounge of a university in Texas and happened to notice a problem on the blackboard related to the field of functional analysis. A field of mathematics it should be noted Erdos didn’t specialise in. After having someone nearby explain to him what some of the symbols on the board meant, Erdos wrote down a “two line solution”. Erdos would later learn that experts in that very field had similarly solved the problem a few days earlier, only their proof was 30 pages long.

Not that Erdos would have taken credit for something like this because he was well known for treating mathematics as a collaborative effort and he greatly enjoyed working with others on theorems and the like. In fact, Erdos loved doing this so much that he spent basically his entire adult life turning up on the doorsteps of various mathematicians with a single suitcase he lived out of. Wandering the world like some kind of math-loving samurai. Curiously it seems that Erdos did this purely for the love of math as he reportedly donated every award he won and only used the money from such awards to fund his nomadic lifestyle.

But here’s where things get fun because you see, Erdos ended up collaborating with so many people during his lifetime that by the end of it, many mathematicians realised that a direct line could be drawn between themselves and Erdos based on who they themselves had collaborated with. A fact that led to the creation of something known in the world of mathematics as an Erdos Number, essentially showing how close a given mathematician is to Erdos in terms of the chain of collaborators between them. 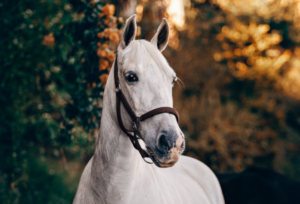 Other, more unusual, Erdos number holders include a small boy and baseball legend Hank Aaron, who is argued to have an Erdos number of 1 (meaning he directly collaborated with Erdos) because the two once signed the same baseball. If you’re wondering how a baseball player and a nomadic wandering math genius ended doing that, it was reportedly owned by a baseball loving mathematician. Which makes sense, we guess.