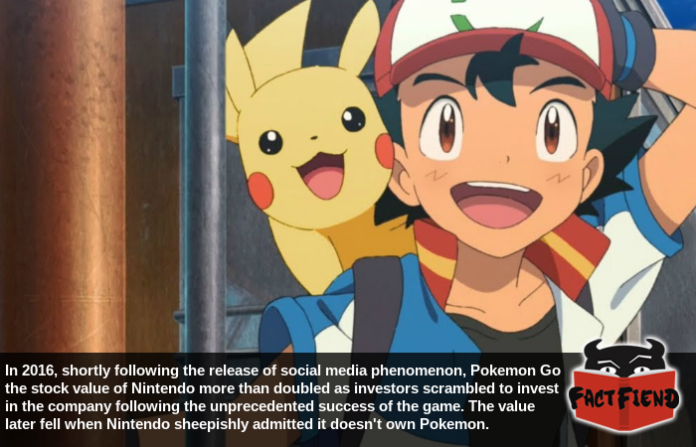 Pokemon Go was a bona fide cultural phenomenon that resulted in more hours being spent wandering aimlessly around the woods than a cover shoot for a black metal album. Immediately successful, the game is notable for resulting in an inexplicably spike in the value of companies that weren’t even involved with it’s production.

Developed by Niantic and owned, in part, by the Pokemon Company, Pokemon Go was an instant smash hit with the public upon its release and is partly responsible for some of the best headlines of 2016. Our personal favourite being that over eager players of the game kept trying to break into fire stations to catch Pokemon, much to the annoyance of actual firefighters who had to keep fielding 911 calls from confused players asking if they could come inside to look for Pokemon. 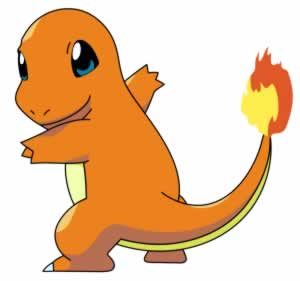 The massive impact of the game trickled down to almost every facet of society with almost every sector of the economy receiving a bump thanks almost entirely thanks to the increased amount of foot traffic in major urban areas. No, seriously. Bars, stores, churches, museums, national parks, random street monuments and even animal shelters saw scores of people visiting them as a direct result of the game. Hell, even the criminal underworld saw a boost thanks to the sheer number of people the game prompted to walk around with their phone in their hand, which saw a bump in the number of opportunistic thieves, or dickheads as they’re better known, stealing phones.

However, the real winners when it came to Pokemon Go were Nintendo, who saw their stock price soar following the release and immediate critical and commercial success of the game. The thing is, Nintendo has very little to do with the Pokemon brand. We mean, sure they own like a third of it and an “undisclosed” amount of Niantic, but the thing to keep in mind here is that the success of Pokemon Go meant precisely jack and shit in that order for Nintendo stockholders. Something Nintendo themselves ended up sheepishly confirming to stockholders after the game released in Japan. 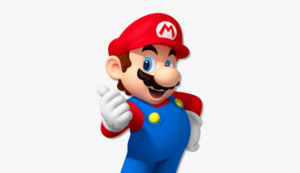 It would later be surmised by business experts that investors, keen to cash in Pokemon Go had, rather than doing any research, assumed that Nintendo owned Pokemon (a common misconception) and just thrown money at it. This started a snowball effect where other CFD Broker Test investors did the same thing, prompting stock in Nintendo to double in value before anybody realised that they had shit all to do with the game.

Amazingly Nintendo isn’t the only company to have seen their business blossom following the game’s release, with companies who sold battery packs for phones also seeing an uptick in stock price. Amusingly, similarly with Nintendo, the investments seemed to be driven by speculation and despite the price of companies who sold such devices increasing, it wasn’t until after all the money had been invested that experts concluded that many of the businesses who sold these devices would still make a loss at the end of the year. Because, life is a cruel and unfeeling mistress who only wants to endlessly stomp the nuts of people who care.

The lesson here obviously being that investing in technology is stupid and that the money would have been better invested in bakeries that sold Pokemon-shaped cakes. A business sector that, unlike those guys making battery packs, actually made a shit ton of money off the Pokemon Go craze.