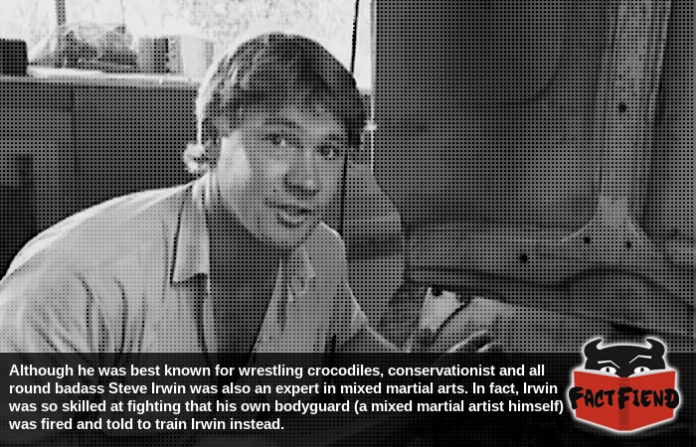 Steve Irwin was a man known for his love of and ability to wrestle the shit out of, 20 foot long crocodiles. A lesser known aspect of Irwin’s life though is that he was also a keen practitioner of mixed martial arts, a skill set he wanted to use to suplex Vin Diesel on national TV. For charity.

Before that though we should probably explain how Irwin ended up studying mixed martial arts because it’s all kinds of amazing. You see, according to his former bodyguard Kyle Noke, Irwin was always fascinated various combat sports, studying them extensively throughout his life for both fitness and fun. Irwin was most enamoured though with mixed martial arts which resulted in him hiring Noke (who had a background in MMA) to be his bodyguard. You know, because a guy who could overpower an adult crocodile clearly needed someone to protect him from people. 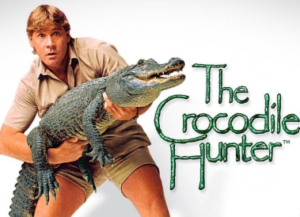 Irwin reportedly had a natural affinity for MMA, quickly mastering the basics of grappling (which makes considering his day job of suplexing giant reptiles) and becoming a force to be reckoned with in the cage. As you might expect, Irwin was phenomenally strong from his years of wrangling the toughest animals in Australia and eventually got so good at throwing down that Noke was promoted from bodyguard to, get this “full time trainer of the Crocodile Hunter” after it was agreed that he probably didn’t need a bodyguard anymore.

Noke would later reveal that Irwin was so serious about MMA that he repeatedly tried to get his producers to let him organise a fight just so he could test his skills. When they poo-pooed this idea Irwin instead tried to organise a charity fight, with the hope being that any and all proceeds would be used to fund Australian conservation efforts.  The thing is, Irwin was still dead set on testing his skills and he spent a considerable amount of time researching celebrities to deem who, if anyone, was worthy of throwing down with the Crocodile Hunter.

Initially it’s reported that Irwin wanted to fight Wesley Snipes after learning about the actors martial arts background but changed his mind when he learned that the actor was only 5ft 9″ (For comparisons sake Irwin was 6ft 2” and weight around 220lbs at his peak). Which means that Steve Irwin literally turned down the chance to fight Blade because he didn’t think it’d be fair, for Blade.

Instead Irwin focused his efforts on Vin Diesel (who stands at about 6ft tall and was closer to Irwin’s fighting weight at the time), going as far to watch The Pacifier (a shitty Vin Diesel vehicle) purely to “size him up”. Sadly nothing ever came of this as Irwin’s producers shut the idea down as they were worried Irwin would get seriously injured or hurt. An amazing fact considering these people literally produced a show starring Irwin called THE CROCODILE HUNTER.