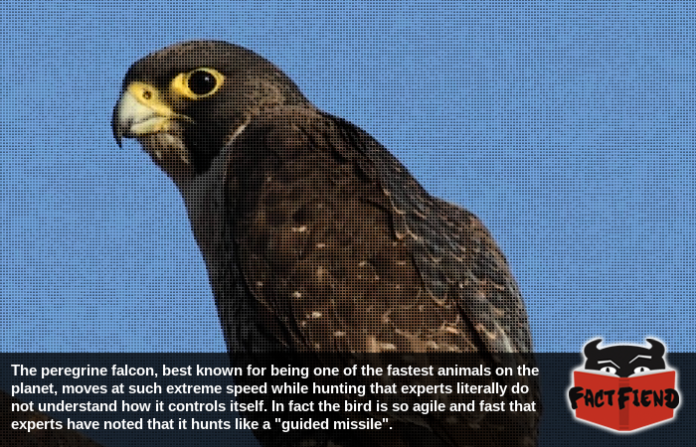 The peregrine falcon is a creature best known for being literally one of the singular fastest animals on planet Earth. Capable of reaching speeds approaching half the speed of fucking sound, the tiny bird is so exceptionally fast and capable of obliterating a falcon-sized target with unerring accuracy hat it has unironically been compared to a guided missile.

Before that, for anyone who has somehow spent this much time online without encountering an article praising the size of the peregrine falcons speed-dick, the bird is capable of reaching speeds in excess of 200mph while hunting. Specifically, when hunting, the peregrine falcon will enter a steep dive that allows them to accelerate to speeds that would tear a lesser bird apart through sheer force. 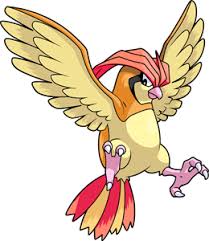 The speed reached by an individual falcon during such a dive is such that researchers literally cannot track them accurately and a such, have to rely on 3D simulations to figure out just what in the fuck is happening to its body. Why would they give a shit about this you ask? Well to put it simply for many years experts on birds didn’t understand how peregrine falcons could control their bodies at speeds that basically turned them into organic, feather-covered meat bullets.

As it turns out, contrary to what you’d expect, peregrine falcons actually find it easier manoeuvre themselves when moving at half the speed of sound than they do when flying around normally. Reportedly because the forces they’re exposed to make it easier to perform more spectacular turns and as a result, intercept especially agile prey with greater ease than other birds.

In fact, peregrine falcons are noted as following an attack pattern eerily similar to that of guided missiles, relying on literal last moment visual cues to guide itself to a target more than anything else. No really, according to experts peregrine falcons ignore information as basic as how fucking far away a target is, since such information is useless to it when moving at the bird equivalent of Mach 9.

Experts studying this were actually so surprised at how closely the dive of the peregrine falcon mimics the programming of guided missiles that the bird has been studied in great detail to determine if data about how the bird attacks could potentially be used to improve said missile guidance systems. Meaning yes, there’s a very real chance that somewhere out there right now there’s a guy in a dark suit in an office somewhere trying to create a guided missile inspired by a fucking falcon.