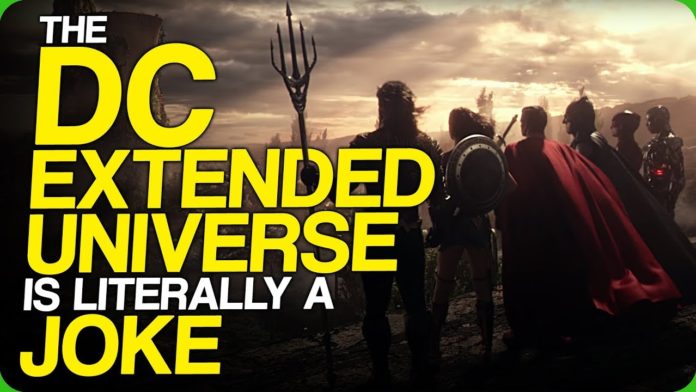 The DC Extended Universe is the commonly accepted term used to describe the series of intersecting comic book movies released by Warner Bros. Despite the term being widely used by both the media and fans of films centred around DC’s legendary roster of comic characters, the term is and never has been used internally at Warner Bros. In fact, it was actually coined as a joke by someone who has nothing to do with the company.

To explain, according to Warner Bros insiders the neither the phrase DC Extended Universe or the acronym popularly used by fans, DCEU, is used in any official capacity by any official at Warner Bros studios. In fact, when asked by a journalist about the origins of the term a befuddled Warner Bros executives revealed that they had no fucking idea and that executives at Warner Bros were kind of pissed about it catching on with the media and public because of the obvious comparisons use of the term would invite between their own movies and ones released by Marvel Studios. Which if we’re being honest seems like something Marvel would be more worried about given the quality of the movies released by Warner Bros thus far but, whatever. 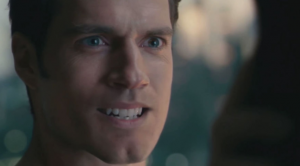 According to that very same interview there is apparently no accepted “official” name for the DC Extended Universe used internally at Warner Bros. A fact that almost certainly led to the unofficial term of DC Extended Universe catching on and being spread so widely. This of course prompted the journalist conducting the interview, one Abraham Riesman, to ponder who on Earth did coin the term if it wasn’t something handed down by Warner Bros themselves.

After some internet sleuthing and probably like, 10 minutes on Wikipedia, Riesman discovered that the origins of the the term could be traced to a 2015 article for Entertainment Weekly written by a guy called Keith Staskiewicz. Specifically in an article he wrote about known cinematic turd, Batman V Superman. 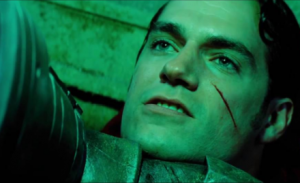 During the article Staskiewicz jokingly referred to the then fledgling DC cinematic shared film series as the “DC Extended Universe” as a nod to the fact movies studios are anything but original. In his own words, which he had no idea what, if anything, Warner Bros were planning to call their interconnected series of superhero films he assumed it would be something that copied Marvel because “it seemed like something DC would do”. A statement we aren’t going to argue with given that Warner Bros blew their load making a fucking Justice League movie before they made one about Batman in an effort to chase that Avengers money. 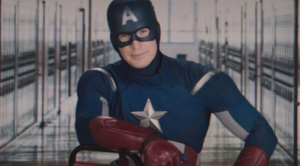 When asked to clarify his statements in a later interview Staskiewicz very matter of factly explained that he coined the term as a joke in reference to the studio’s nakedly transparent attempts to ape the success of Marvel Studios. Although Staskiewicz tried as hard as he could to get across that he wasn’t being serious, going as far to add a sarcastic trademark logo every time he typed out “DC Extended Universe”, other media outlets assumed that it was the official term for the cinematic universe Warner Bros had settled on and rolled with it.

Fast forward to today and the term is so firmly cemented in the minds of the public that most people don’t even realise it isn’t an official term, let alone something Warner Bros actively discourage use of internally. Then again, we don’t think anything sums up Warner Bros’ efforts to create a shared cinematic universe more than the fact that the term used by most people to describe it is literally a joke nobody but like one guy got.