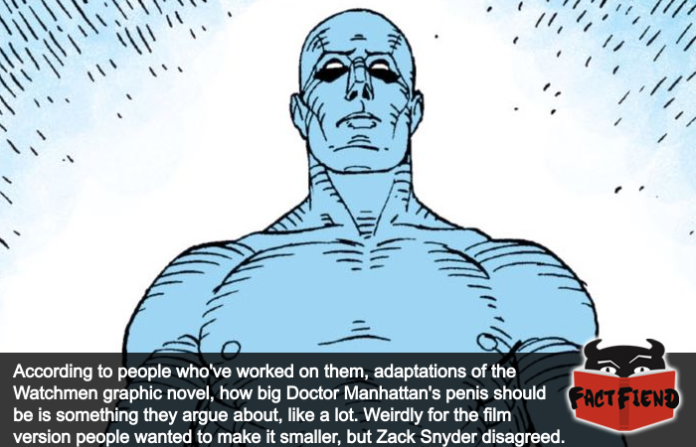 Dr. Manhattan is a character who, depending on your level of maturity, is defined by either his growing detachment from humanity and indifference to their suffering or his penchant for walking around with his sapphire-hued schlong hanging out. This being the internet, you can probably guess what we’re going to talk about today.

But first, we should probably clarify why Dr. Manhattan has his dick hanging out like all of the time because, as freely hanging dicks are wont to do, its hard to think about anything else with the baby blue baby-maker like right there. 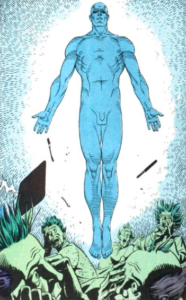 Basically, Manhattan’s fondness for walking around snake out is representative of his apathy for humanity. How? Well wanting to cover one’s dick is a pretty human thing to do and initially Dr. Manhattan does wear clothing. However, as he learns more about the limits or lack thereof to his powers, he gradually wears less and less clothing as it dawns on him that he simply no longer needs to give a fuck. With Manhattan eventually only and begrudgingly wearing clothing for the comfort of others rather than himself, like when he’s at a funeral or on TV even though showing up to either with your nuclear powered dick out would be a fucking power move. 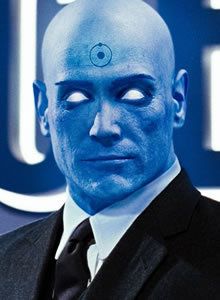 A key problem with this character trait is that pretty much every person tackling an adaptation of the story lacks the, shall we say, restraint that Alan Moore and his collaborator Dave Gibbons had when it comes to showcasing, The Dong. Specifically according to Gibbons they were exceptionally careful to make Dr. Manhattan’s plutonium penis modest and understated like the hog of a Greek statue or something. Hell, according to Gibbons he threw the penis into the story so casually censors didn’t even notice it till the second or third time it appeared, which was kind of the point.

So it makes sense that Zack Snyder would ignore this subtlety in favour of spending literally millions of dollars shitting on the intended message of a beloved comic property with CGI.

We say this because for Snyder’s live-action take on Watchmen they made Dr. Manhattan’s dick significantly larger and perhaps more controversially, circumcised his turquoise todger.

While it’d be easy to write this off, it’s important to understand just how much effort went into realising every aspect of Dr. Manhattan’s anatomy with literally millions of dollars being spent not only adding realistic jiggle physics to his radioactive rod, but tiny nuclear explosions beneath the surface of his scrotal skin. No, really.

But it wouldn’t be an Alan Moore adaptation without multiple people shitting on his vision because the TV adaptation of Watchmen decided to scale the schlong to cervix obliterating proportions because sure, why the fuck not. Who even gives a shit anymore. 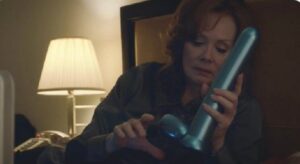