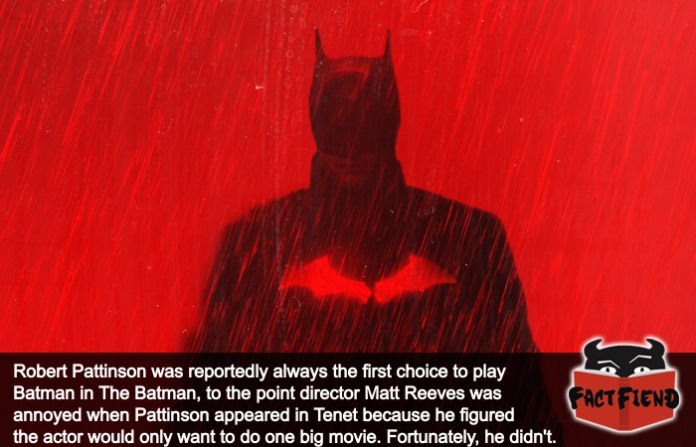 For an actor playing Batman is a lot like walking on the moon by which we mean while about a dozen men have done so, most people can only name like three of them. Although his tenure as the Dark Knight hasn’t lasted all that long, we feel confident saying Robert Pattinson will be one of those men. Mostly because pretty much everyone in Hollywood knew he was going to wear the cowl. Well, everyone except Robert Pattinson.

For starters, the film’s director, Matt Reeves, has revealed in interviews that Pattinson was always his first choice for the role and he wrote the movie with the actor in mind. For all the people currently rolling their eyes because they only know Pattinson as the guy from Twilight, maybe consider watching some other movies. Because while general audiences only really know Pattinson from Twilight, the guy was quietly tearing shit up in the art-house scene, starring in indie banger after banger. 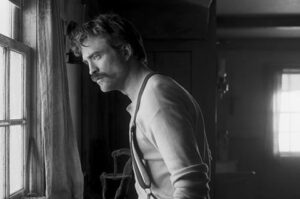 One of these films, Good Times, is what ultimately convinced Reeves Pattinson would be a great Batman due, in part, to the inner desperation and anger displayed by his character throughout. Also, it didn’t hurt that Pattinson is an incredibly fuckable dorky weirdo, all other traits intrinsically linked to the character of Batman.

Anyway, while Reeves was dead set on casting Pattinson, he was keenly aware the actor had sworn off appearing in any more big franchise movies after his experience with Twilight. A movie the actor has openly shit on for years, including on the movies own commentary track. Because of this, Reeves was reportedly super annoyed when Pattinson was cast in Tenet, figuring that the actor wouldn’t want to be in his Batman movie after working with the guy who had helped define Batman on the big screen.

Nonetheless, Reeves invited the actor to audition, trying not to let slip that the role was quite literally written with him in mind. Pattinson on the other tried not to let Reeves that he’d been obsessively following casting news for the film since it was announced because he fucking loves Batman. Despite seemingly everyone involved wanting Pattinson for the role, because we are talking about a Batman movie here, Pattinson was required to audition in secret and tell nobody about it.

What makes this whole story even dumber is that Pattinson had to sneak off the set of Tenet for this audition and was forbade from telling the director, you know the guy who’d already worked on three whole Batman movies, where he was going. Which didn’t exactly pan out because Christopher Nolan isn’t an idiot. Something we say because when Pattinson tried to fob Nolan off with an excuse about there being a family emergency, Nolan sighed, looked Pattinson in the eye and said –

To which Pattinson had to be all like, “nah, what, that’s crazy, anyway peace out bye.”

The rest, as they say, is history.