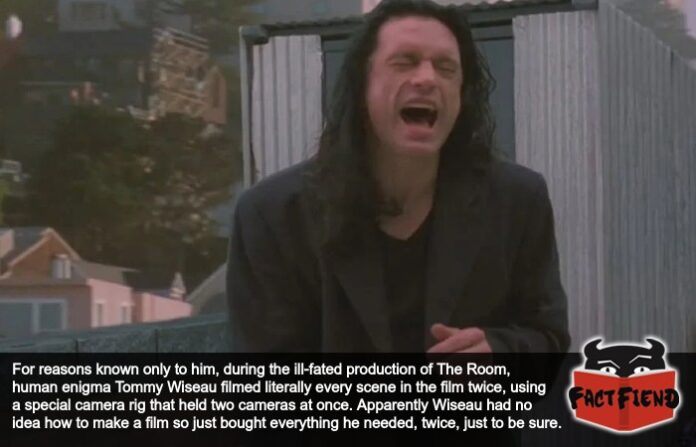 The Room is a movie that was once, very aptly we might add, described by star Greg Sestero as a “perfectly literal comedy of errors” funded in its entirety by a walking human paradox called Tommy Wiseau. A man whose unfamiliarity with the art of film making can be summed up by the fact he decided to spend hundreds of thousands of dollars to film every shot in the movie twice for literally no reason.

To be clear, nothing in that previous sentence is hyperbole. Tommy Wiseau really did spend almost a quarter of a million dollars to inexplicably film every shot in The Room twice for seemingly no reason whatsoever. Specifically, Wiseau is known to have bought two ultra high-end cameras with slightly higher specs on them than the one God used to film the birth of Jesus right at the start of the film’s production. A decision that baffled the more experienced people on his crew because like, nobody in Hollywood does that. Hell, even fucking Disney rents equipment because it’s cheaper and somehow Wiseau found the money to buy two whole-ass cameras and pay for the people to operate them. 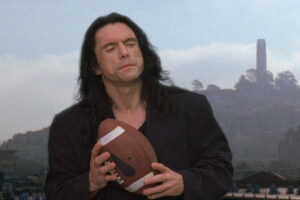 It gets better though because the reason Wiseau needed two crews to operate the cameras is because he didn’t just buy the same camera twice, he bought one 35mm camera and one that shot in digital HD. Wiseau then slapped together a custom-made housing for the two cameras that would allow them to be used simultaneously, not that any of that mattered because he tossed all off the footage shot on the digital camera after the fact and then refused to elaborate on why. At least at first.

You see, since then Wiseau has spoken about the decision to film every shot in the movie twice but has never really given anything more than a meandering, garden path answer that doesn’t really make any fucking sense. Which, well, pretty on brand if we’re being honest. 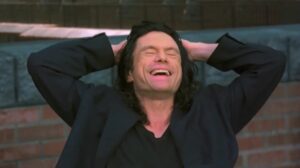 For example, in one interview Wiseau explained that he only filmed The Room on two separate formats at the same time at a massive personal cost to himself, purely to say that he was the first person in Hollywood to do so. We can only assume he has also stuck his dick in a blender on at least one occasion for the same reason. However, in another interview Wiseau sagely explained that the reason he filmed The Room the way he did is because, and we quote –

A sentence we’re inclined to agree with because yes, entire Hollywood is confused.

Anyway, the closest we’ve ever gotten to an actual answer comes from the aforementioned Greg Sestero who explains in his book The Disaster Artists that Wiseau bought a book called something like “How to make a movie” prior to the start of production and upon learning that most films are shot using either film or digital camera bought both just to be sure. An explanation we’re not sure we buy because it suggests Tommy Wiseau isn’t an expert on making movies.