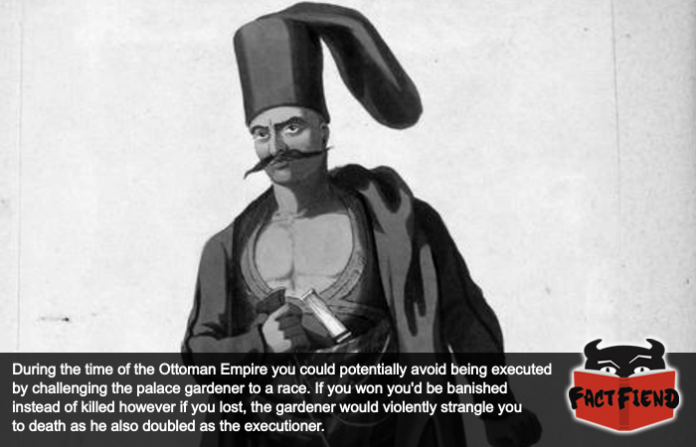 The glory days of the Ottoman Empire were marred by wanton brutality, torture and executions seemingly doled out on a whim by dumpy sultans wearing immaculate silk hats. Executions that were largely carried out by one of the sultan’s gardeners, a role that required amongst other things, chasing the condemned through the very gardens they were tasked with maintaining.

If you’re currently wondering why executing the sultan’s enemies fell to his fucking gardener of all people, the role of gardener was a very well respected position in the days of the Ottoman Empire and head gardener was respected (and feared) most of all. In fact, the royal gardeners or bostancı as they were known were basically all-purpose muscle that did whatever the sultan required of them be it tending his lawn or kicking the shit out of rowdy commoners. Presumably using their massive 8 pound moustaches as a battering ram of some kind. 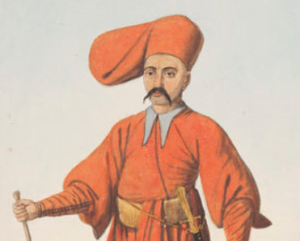 Anyway, the bostanci were a formidable force some 5000 strong comprised of burly, oiled men with tree trunk thick arms and broad chests covered in a mat of manly fur you could lose a donkey in.

Impressively built and even more impressively skilled in the art of murder, these gardeners were the men the sultan called when he needed somebody to be strangled to death. A sentence that’s not hyperbole because the preferred method of execution in the Ottoman Empire wasn’t beheading or any pussy shit like that, but strangulation. Usually with a silk cord, partly for the executioner’s comfort but mostly just for style. 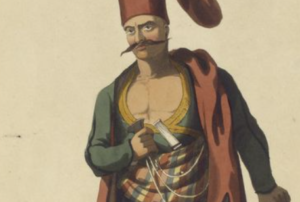 When the time came to execute a high-ranking member of the sultan’s court though that required not just a gardener, but the aforementioned head gardener. A title you had to earn by being fucking incredible at both tending gardens and snapping necks. Oh, and running.

You see, it was tradition for any particularly high-ranking member of the sultan’s court to be able to challenge their executioner to a roughly 300 metre footrace through the palace gardens. With victory meaning banishment and a loss meaning immediate death at the hands of the presumably very pissed off guard who often had to do this multiple times per day.

For example consider the case of Souflikar, the head gardener/executioner of Mehmed IV who is reported to have executed some 5,000 people during his 5 year long career. All of whom he outran and then personally throttled to death only a stone’s throw away from the palatial gardens he tended and in all likelihood, took a shortcut through. Something we say because according to the scant historical records to exist, Souflikar would always be waiting for his victim at the finish line with his ceremonial stranglin’ rope in hand after sprinting through the gardens like a fucking T-1000.