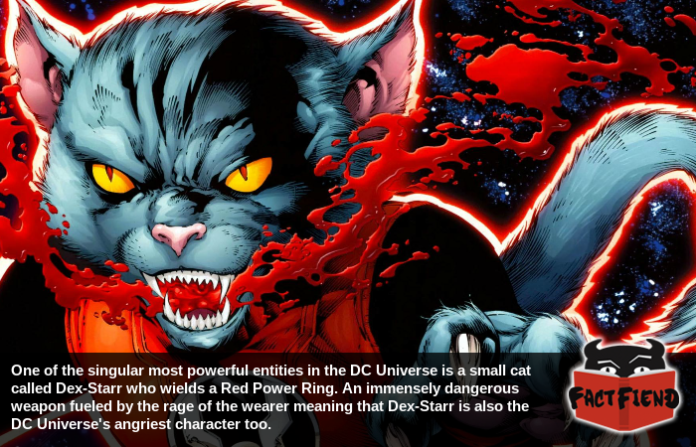 The DC universe is home to a number of immeasurably powerful beings capable of obliterating entire cities with a well-placed backhand or dropkick. Amusingly one of the individuals to stand amongst this pantheon of near god-like beings is a humble housecat called Dex-Starr.

This is because Dex-Starr is a member of the Red Lantern Corp, all of the members of which wield a Red Power Ring. An object very matter-of-factly described by official DC media as quite literally “one of the most powerful weapons in the known Universe” in effect making Dex-Starr potentially one of the deadliest mortal entities in a universe where fucking Superman exists.

Like the better known Green Lantern Corp, members of the Red Lantern Corp are defined by a singular emotion, in this case, rage. By utilising their Power Rings as a conduit for their unyielding fury Red Lanterns can empower themselves in a number of ways, turning their very anger into a weapon to decimate their enemies. 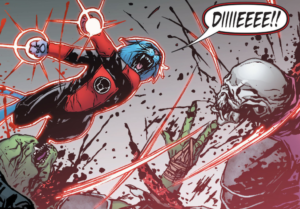 Similarly to the Green Lanterns, Red Lanterns can create “constructs” with their Power Rings which can basically assume take any form the user imagines and be utilised both defensively and offensively. However Red Lanterns also possess a rather unique ability in the form of their blood, which is violently expelled the moment they become a lantern and replaced with a caustic plasma they can projectile vomit into people’s face’s at will. This rage-plasma, in addition to being highly corrosive, can even burn in space meaning Dex-Starr can weaponize his own vomit in low orbit. 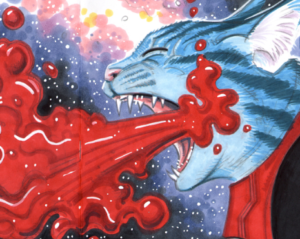 Oh and as a side effect of not having blood anymore, Red Lanterns don’t need a heart and can happily continue kicking ass after having it removed.

Moving on you’re probably wondering how in the hell a mere housecat ended up wielding a weapon capable of melting Superman’s dick off. Well the answer to that is that Dex-Starr had a hard fucking life. Specifically before Dex-Starr became a walking avatar of rage, Dex-Starr was an ordinary cat called Dexter who was fucking adorable. 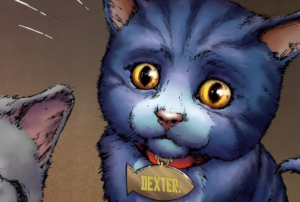 As is wont to happen when you exist in a comic book, Dexter’s backstory quickly turned tragic though when his adopted owned is brutally murdered in a botched robbery. Following this Dexter was kicked out of the only home he ever knew before some street thugs decide to put him in a sack and throw him into a river, just to be dicks.

However, the rage the small cat felt at that exact moment in time called out to a passing Red Power Ring (which fly around the universe looking for people with anger in their hearts) causing it to intervene, imbuing Dexter with the powers of a demi-god. Dexter then immediately uses this power to brutally murder the men who tried to kill him by tearing their skulls out of their heads. Skulls he then uses as a makeshift bed while promising his former owner that he will harness the near limitless power of a weapon capable of destroying an entire planet to find the man who killed her. 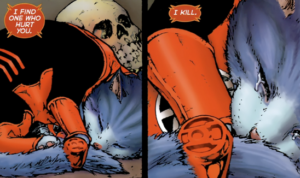 The origin tale ends with Dexter, who has now dubbed himself Dex-Starr, assuring himself that he is, and we’re not making this up, a good kitty. A backstory we feel confident describing as infinitely more tragic than Batman’s because at least Batman never had to vomit up his own blood and sleep on a bed of skulls.