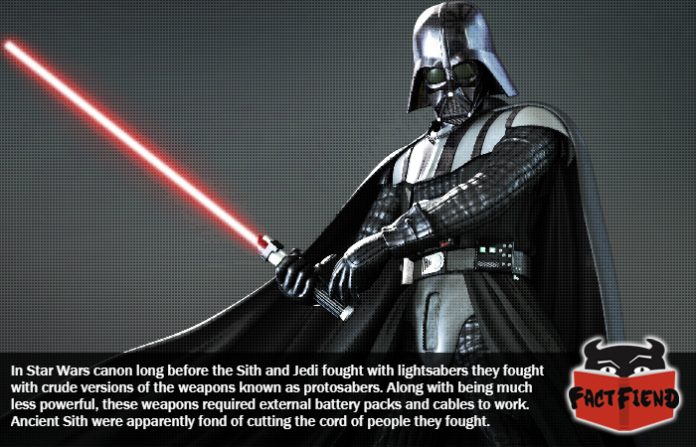 The lightsaber is easily one of the most recognisable weapons in fiction and Star Wars canon has repeatedly established that they’re incredibly powerful in the right hands. A remarkable fact considering the lightsaber began life as a weapon with perhaps the most ridiculous Achilles heel possible for a weapon designed to cut through anything. A power cable.

Known as protosabers and sometimes, we shit you not, retrosabers, these ancient weapons were invented by the Sith as a symbol of their awe-inspiring power. Over the centuries the design of these weapons was refined again and again until they became the lightsabers we all know and make the sound effects for when womping our friends on the head with cardboard tubes today. 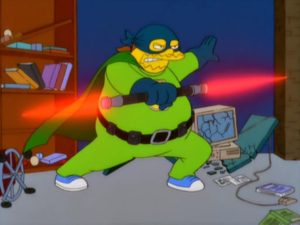 Which was probably a good thing considering these early protosabers (a word we can’t believe we get paid to write) were battery powered with especially shitty protosabers requiring a large backpack like device just to function. However, most used a somewhat more portable device that clipped onto a given Jedi or Sith’s belt. Something we mostly can’t believe because it implies that the Jedi wore belts. 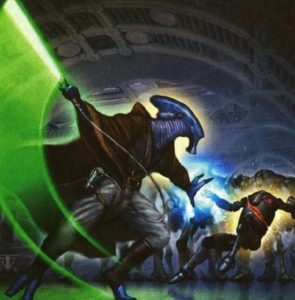 Now the problems with these devices were numerous with perhaps the most obvious being that the cables providing power to the weapons were an intuitive and easily exploited weakpoint during combat. With most protosaber duels revolving almost entirely around trying to slash an opponent’s power cord. Hell, some especially inexperienced Jedi and Sith even accidentally cut their own cords during battle, leaving them without their only method defending themselves. No, we’re not making that up.

Hilariously this was apparently so common that early Sith figured out a way to miniaturise the cumbersome power supply the weapon needed to such an extent they could safely store it in the hilt of the weapon. In effect creating the first proper lightsabers. The Sith being the Sith of course refused to tell Jedi how to do this and took advantage of the frankly massive advantage such a refinement afforded them to slaughters scores of Jedi using the shittier versions of the weapon by simply cutting the cord of their protosaber and then stabbing them when they were defenceless. A dick move admittedly but one that kind of paints the Jedi in a negative light when you realise that the supposedly brutish, uncivilised Sith invented their signature weapon and then used it to kill them.