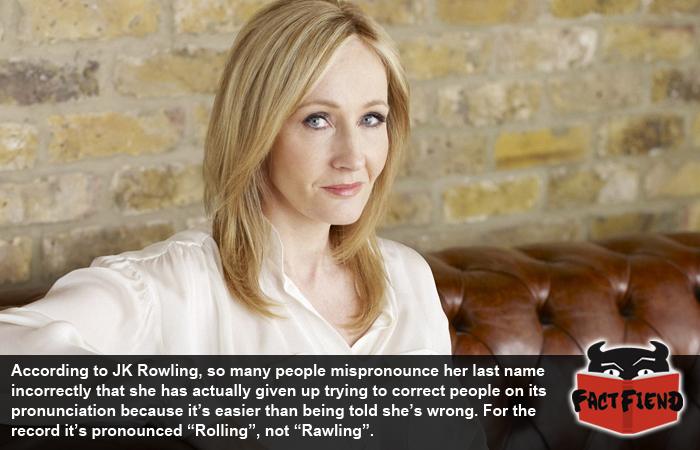 You’d think that given how rabid the Harry Potter fanbase is and how many millions of copies of the book have been sold over the years. People would know how to pronounce JK Rowling’s fucking name. Apparently though, many don’t to the point Rowling herself has stopped bothering to correct people on its pronunciation out of sheer frustration.

To be clear, Rowling has said on multiple occasions that her last name should be pronounced as if you’re saying the word, “Rolling”, something we’re not going to bother making fun of because it’s her fucking name. Also because we’d rather not make fun of a woman with a disappointed parent arms folded pose this strong. 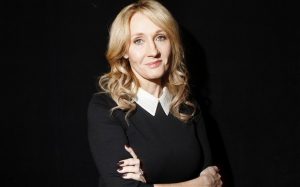 Rowling has noted that although fans of every race, creed and background seem to be able to pronounce her name properly or at least not act like an asshole when she corrects them. The same however can’t be said of Americans. In fact Rowling has noted that almost every person she meets in the States butchers her name so much that correcting everyone has completely depleted her salvo of giveable shits.

The confusion over the pronunciation of Rowling’s name seems to stem from the fact her name contains a W, which has led many to assume that her name is pronounced to rhyme with “Howling” or “Scrawling”. This is particularly prevalent in the States, where Rowling has said that virtually everyone she meets refers to her as “Raw-ling”. With notable exception of Oprah, who nailed that shit on the first try without even trying. 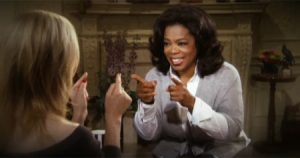 This problem apparently got so bad that Rowling eventually just stopped trying to correct people, which is kind of sad, we mean, imagine how you’d feel if people pronounced your name, the thing that literally identifies who you are, wrong so often that you just stopped caring that people got it right. 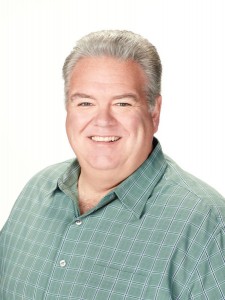 An inadvertent side effect of Rowling’s increasingly chill reactions to people saying her name wrong is that there are now people who believe that the incorrect pronunciation should be listed alongside the correct one on Wikipedia. Arguing that just because Rowling and the collective world world media pronounce her name one way, doesn’t mean the way people Rowling literally got tired of correcting pronounce it shouldn’t be considered legitimate also. Fuck, if this is the kind of thing Rowling had to deal with, we can see why she just stopped bothering to correct people.

For more about JK Rowling not giving a shit, why not read our article on how she somehow convinced Coke to sponsor the first Harry Potter movie to the tune of 20 million dollars, but then banned them from actually having their product appear in the movie. Or if you’d like to read more about the book, check out our article on how Walmart sold the final book at a loss just to piss off the guys publishing it.