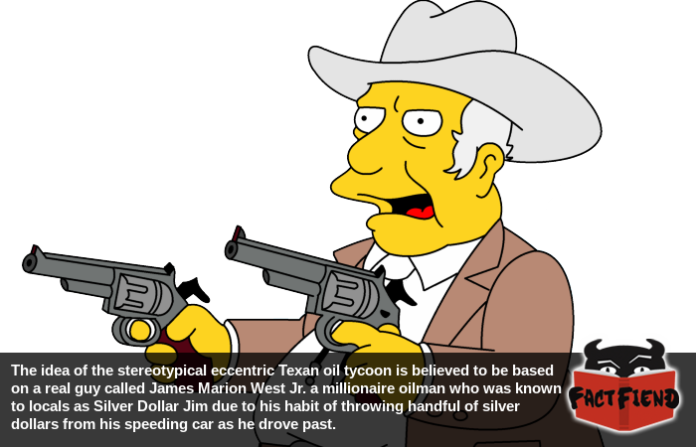 James Marion West Jr. may not be a name that is all that well or widely known today but the impact this wildly eccentric millionaire had on the town he called home is almost unfathomable. Something we say due to West Jr. bizarre habit of hurling handfuls of silver dollars from moving vehicles.

Born in 1903 into an already obscenely wealthy family, West Jr. spent much of his early life living in the shadow of his father, a veritable titan of the oil industry who’d amassed a fortune so massive it made him the 20th century equivalent of a billionaire. West Jr. In contrast only ever managed to become a mere multi-millionaire.

However, while he never became as rich as his father, West Jr. sure as shit acted like it, spending the modern equivalent of millions of dollars in nothing but silver dollars. An act that earned the Texan oilman the rather apt nickname of Silver Dollar Jim.

If you’re currently wondering how in the hell West Jr. spent so much money in such a specific kind of currency the answer is that the Texan literally threw it away, carrying as many as 80 silver dollars on his person at all times in the lining of his custom-made suits just so that he could throw them at random people in the street. Oh and to be clear, when we say West Jr. threw silver dollars away, we mean he’d hurl handfuls of the coins from the windows of his car as he drove past crowds, seemingly just because. West Jr. would also throw piles of the coins into pools and onto the floors of restaurants for no other reason than, fuck you, he could. 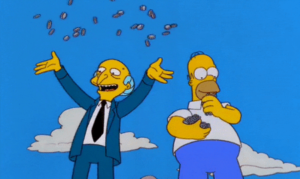 For anyone curious about where West Jr. got this seemingly infinite supply of silver dollars from, the answer is that he literally had an entire room of his house filled with them and would just grab a massive handful every time he went outside. West Jr. was reportedly so keen to ensure that these coins were as immaculate as possible that he would supposedly maintained a team of men who were tasked with doing nothing but periodically polishing the coins so that they were extra shiny.

West Jr. also had a fondness for $2 bills, which he also carried in abundance in the highly likely event he’d run out of silver dollars. Why? So that he wouldn’t have to suffer the indignity of handing out a boring-ass dollar bills when tipping people. Something we’re sure the people West Jr. tipped has absolutely no fucking issue with.