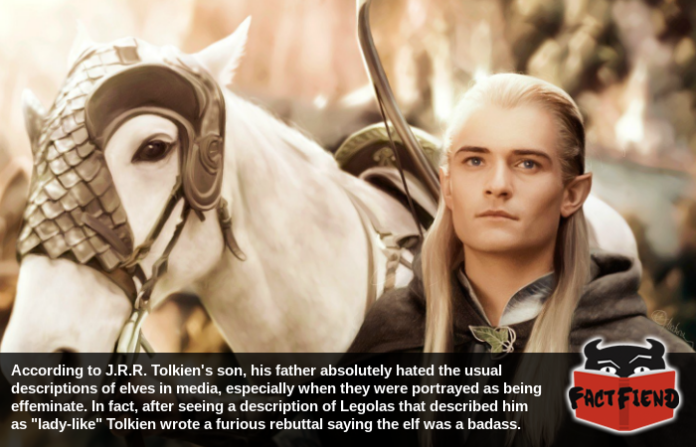 In Lord of the Rings canon Legolas Greenleaf is consistently portrayed as the most skilled and effective fighter the Fellowship has at its disposal and as an elf he has a number of superhuman abilities. However, the only thing his creator, J.R.R. Tolkien would want you to know about him is that the girth of his giant elf-penis cannot be ignored.

You see, as anyone who’s ever interacted with any piece of fiction featuring elves in the past is probably aware, they are near universally portrayed as creatures of extraordinary unnatural beauty to the point even male elves look supremely fuckable. 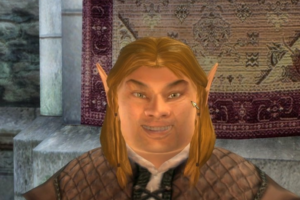 In specific regards to the Tolkien universe elves are additionally described as being both immortal and able to function without sustenance. If that doesn’t sound overpowered enough elves in the Tolkien universe can also see for hundreds of miles, walk on snow and sprint forever without tiring thanks to their ability to sleep while moving. Or to put it another way, Tolkien elves are immortal, untiring badasses with 80 lifetimes worth of combat experience. 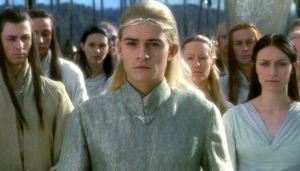 A descriptor we feel safe suggesting that Tolkien himself would approve of given how big a dick he thought Legolas had. You see, according to Tolkien’s son, Christopher, the author reportedly fucking hated people talk even the slightest amount of shit about the elf. In particular Tolkien would get especially annoyed when he saw people describe Legolas as looking effeminate in some way.

Tolkien apparently felt so strongly about this that he would veto art drawn of Legolas for books and shit if it made the elf look too “pretty” and one occasion got so offended by a rendering of Legolas that made him look “lady-like” that he wrote a furious, scathing critique of the drawing and sent it to the artist. In this rebuttal Tolkien described Legolas as a towering physical specimen of elf-kind with rock-hard elf-abs and a chest wider than a car windscreen. 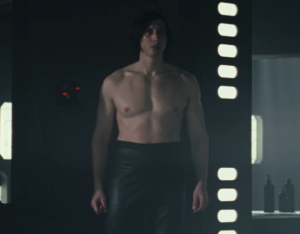 To make absolutely sure that the artist knew how just how much of a non-pussy he felt Legolas was, Tolkien also noted in his description that Legolas was capable of obliterating a Nazgûl’s skull with a single arrow and that he was “the most tireless of all the fellowship“.

A sentiment that makes us fairly confident that if Tolkien was alive today, he’d no doubt approve of all that weird fan-art people draw of Legolas with his shirt off and doubly so of all the fan-art where he has a giant 14 inch long penis.