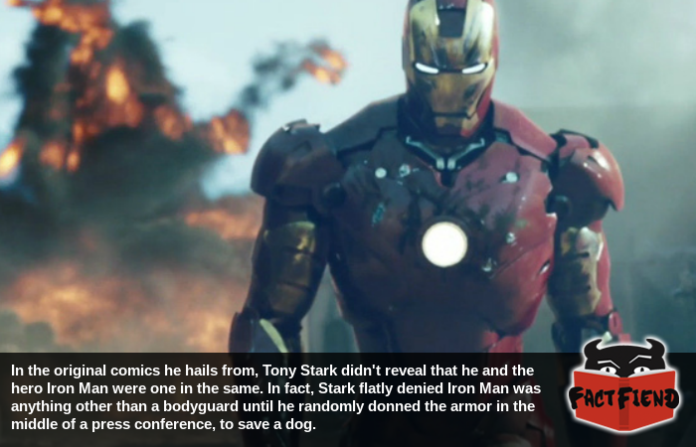 Tony Stark is a comic hero who, for most of his fictional history, maintained his secret identity as Iron Man by simply claiming that the Golden Avenger was his robotic battle-suit clad bodyguard. A secret he maintained for decades until he inexplicably revealed his identity to the public, for a dog.

Before we get to the talking about the goodest boy in the Marvel Universe, people mostly familiar with the character of Iron Man as he’s portrayed in the MCU may be wondering why it took comic Tony literally decades to reveal his secret identity when he does it, on stage, to the entire world’s media sporting arguably his most punchable beard in his very first film appearance. 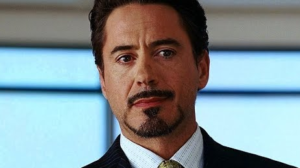 Well in the comics Tony Stark was less enthusiastic about the whole “everyone knowing I fly around in an invincible turbo suit” thing and instead maintained for years whenever he was pressed about his connection to Iron Man by simply explaining that he was his bodyguard.

Hell, comic Tony would even concoct elaborate, often highly unflattering, explanations for why he and Iron Man were seemingly never in the same place at the same time to the point in one comic he claimed to have fallen over the shower like a dumb ass rather than admit he was saving the world in a weaponized future-suit of his own design.

In fact, it’s during the conference where comic Tony mentions this where his secret identity it revealed to the world because while he’s stood there absolutely insisting that he isn’t Iron Man, he notices a car chase in the distance. It’s worth noting that the police are like, right there however, the same can be said of a small and frankly adorable dog who Tony notices is going to be crushed by the speeding vehicle unless he does something. And by do something we mean curb-stomp the fuck out of the car’s engine, sending the driver flying through the windscreen at Mach 3 and leaving the dog confused but relatively unharmed. 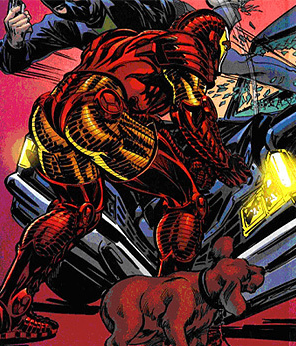 Stark then take the dog and hands it back to it’s owner as the gathered press stand around trying to process what they’ve just learned. As this is happening Tony’s girlfriend begins berating him for revealing that he was moonlighting as an Avenger to the entire world to save a dog but never saw fit to share that information with the person sucking his dick.

In typical Tony fashion, he laughs this off and merely motions towards the dog he saved playing with his owner (a small boy) and says that he revealed his identity for them, presumably before flying into the atmosphere in his suit to carve I Am Iron Man into the moon.