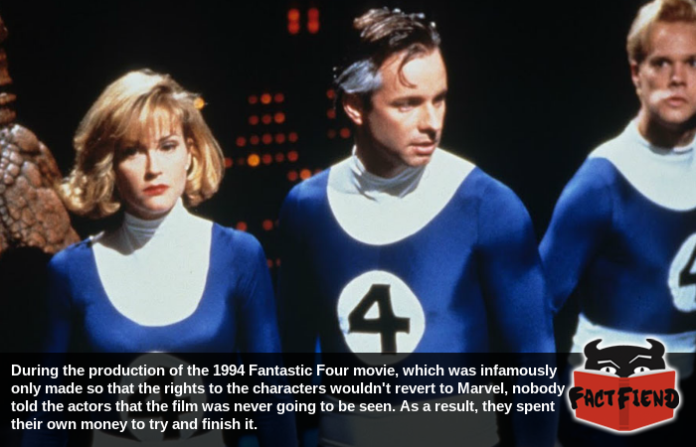 It’s a fairly well known fact in nerdier circles than in 1994, a small production company made a Fantastic Four movie they never planned to release purely so that the rights to the characters didn’t revert back to Marvel. What’s less known about this movie though is that the actors spent like a year trying to get the movie released because they didn’t know.

Before that, if you have absolutely no idea what we’re talking about, a cliff notes version of the story is that in the 1980’s a big-dicked German filmmaker called Bernd Eichinger inexplicably managed to convince Stan Lee to grant him the exclusive film rights to both the Fantastic Four and Silver Surfer. But here’s the thing, because the deal Lee ended up signing didn’t just give Eichinger the rights to the Fantastic Four and Silver Surfer, but every single character ever introduced in one of their comics. Forever. 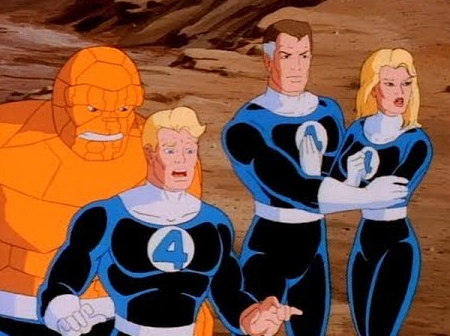 In fact, the terms of the deal were so favourable that Eichinger (and later Fox who bought out his production company) could realistically have held onto the characters until the end of time if Disney hadn’t just up and bought the entire fucking company to stop them doing exactly that. Why? Well under the terms of the deal the only thing Eichinger had to do to keep the rights was do something, anything with them within 7 years. At which point the deal would be extended for another 7 years. For the curious, Yes, this is one of the rumored reasons why Fox released that shitty Fantastic Four reboot nobody liked in 2015. 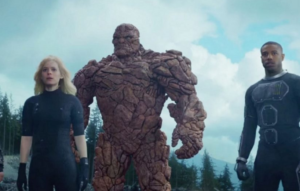 Now in regards to the 1994 Fantastic Four movie, it was filmed on a budget of just $1 million with the help of legendary B-Movie director, Roger Corman. Curiously, nobody is really quite sure who, if anyone involved with production save for Eichinger knew that the movie was never going to see the light of day. Though he would later deny this. This said, we do know that the actors in it sure as shit didn’t. Something we say given that they spent a year trying to get the movie released after being ghosted by Eichinger the moment production wrapped.

For example, the actors reportedly spent thousands of their own dollars promoting the movie, hiring a publicist and even stealing their costumes from set so that they could wear them to Comic Con and sign autographs and shit. Hell, even the fucking editors worked overtime, stealing what footage of the movie they could get their hands on so that they could edit it into a cohesive movie with some stock footage they also “borrowed” from other movies they were working on.

Thanks to this the actors and crew were able to get a crude workprint of the film that they planned to premier at a mall. A premier that never came because, and this is fucking true, an executive at Marvel called Avi Arad bought the rights to the film from Eichinger at the last possible second just to burn every copy of the film in existence to ensure nobody would ever see how bad it was. 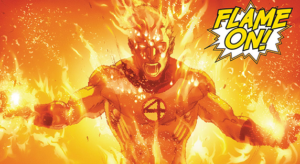 As a result, all of the copies of the cobbled together version of the film the actors and crew had spent a year working on were confiscated and then summarily destroyed. Though some did end up escaping the purge, eventually making their way online. The lesson here for everyone reading being to never try.