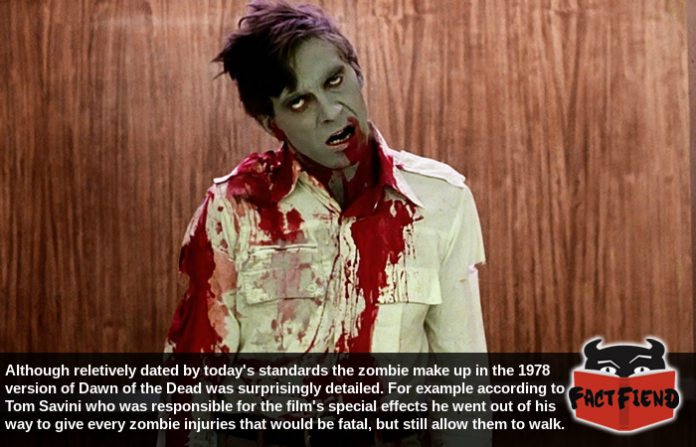 The original 1978 version of Dawn of the Dead is considered by many to be the definitive work of zombie fiction. Although the effects in the film look comparatively laughable compared to movies and even TV shows today, they’re not without their charm. For example, consider that special effects guru Tom Savini made sure every zombie looked somewhat unique

You see as you can probably tell from like, any picture of the zombies from Dawn of the Dead the effects budget wasn’t exactly astronomically high. Something that left most of the shambling hordes of undead look like random extras with gray paint on their faces. Shit, in some shots you can even see the paint they used to cover the extras coming off around areas like their mouths and nose. 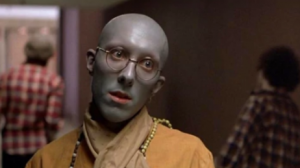 Keenly aware of this and how shitty it might look if every zombie looked like this, Savini took it upon himself to dedicate what little budget he did had to singling out what production would come to call “special zombies”. Essentially these were zombies that were set to appear either in closeups or spend more time on screen than other zombies. In keeping with this idea director George Romero saw to it that these special zombies were played by the most competent zombie actors he’d hired. Perhaps the most famous example of this being actor Clayton Hill who played who fans would later dub the Sweater Zombie. AKA the zombie that bumbles around on an elevator three quarters of the way through the film. 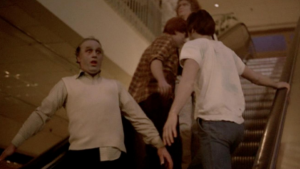 In addition to ensuring these actors generally had better makeup than zombies that only appeared on screen for half a second or something, Savini took extra care to ensure these zombies had visible wounds or zombie bite marks. The idea being that it would be possible to guess based on these wounds how that particular zombie was killed when they were still a human. For example some zombies were made up to look especially gaunt suggesting they perhaps died of a terminal illness like cancer whereas others were made up to look like they were killed by in some kind of horrific accident, suggesting they were hit by a car or something prior to turning. The best example of the latter being a zombie affectionately dubbed Plaid Shirt Zombie by fans. Because holy shit, look at him, he got fucked the fuck up something fierce prior to turning. 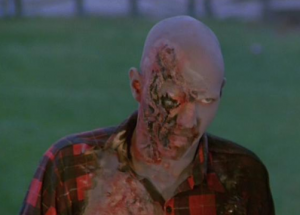 Likewise, Savini ensured that extras singled out to play special zombies wore outfits that could similarly be indicative of how and where they died to eagle-eyed viewers. Which is why if you watch the film back you’ll notice that in addition to zombies wearing everyday clothes, you see ones wearing things like hospital gowns. Inferring that the zombie was a hospital patient or something when the outbreak occurred. 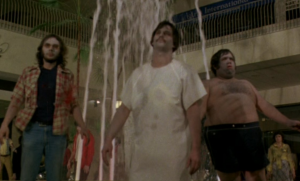 Or maybe you’ll notice this zombie dressed like a nurse, suggesting that before joining the ranks of the undead, the zombie worked in a hospital and was perhaps bitten by a patient. 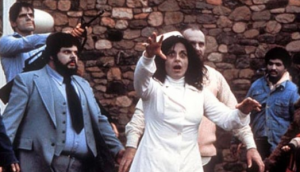 If you watch the film you’ll also see zombies randomly wearing unusually nice suits (like the guy to the right of the nurse zombie in the picture above), something Savini hoped viewers would interpret as that zombie rising from the dead after being dressed for their funeral by an undertaker.

The film is chock-full of little details like this that many viewers missed because they’re only on screen for a fraction of a second. Nonetheless Savini felt compelled to include them to make the world of the film feel more lived in and show that the zombie apocalypse wasn’t just something that impacted people wearing casual shirts and jeans.