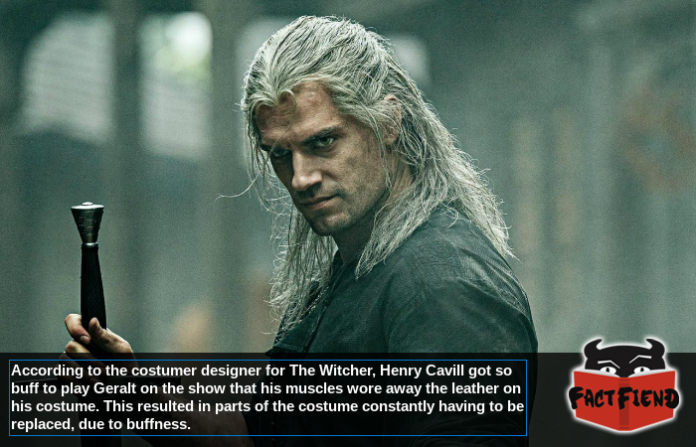 Henry Cavill is a very large man, so large in fact that they literally wrote a scene into Man of Steel where he removes his shirt purely to show off that his car door width chest was genuine. Perhaps Cavill’s greatest example of buffness though was when he kept flexing through tempered leather armour, by accident.

That armour was Cavill’s costume for The Witcher, a handcrafted leather outfit made specifically for the actor and designed with the shows many actions scenes in mind. As such, the armour was created with the expectation it would be subjected to a great deal of simulated wear and tear in addition to spending an unreasonable amount of time being wrapped around Cavill’s rippling physique. 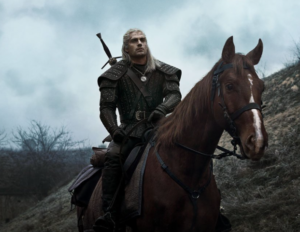 Compounding this further was Cavill’s insistence on “wearing in the armour“, spending much of his time off set in full Witcher costume to make it seem like his character had been wearing it for years. If you’re wondering why Cavill was so obsessed with ensuring that he portrayed a buff video game man accurately, it’s because he’s a huge nerd who loves the Witcher games and original novels.

Anyway, despite the armour being crafted specifically with Cavill in mind and being made to his exact specifications, it frequently fell apart on set due to the actors massive, swollen arms. In fact, according to the show’s costume designer, Tim Aslam, filming would frequently come to a grinding halt due to Cavill’s costume just, falling off.

A fact that baffled Aslam until he took a look at the armour pieces that had fallen off of Cavill and realised that they’d simply been worn away, due to his arms. You see, Cavill is simply so large that the costume, despite being made specifically for him, couldn’t stand up to the constant flexing of his muscles. Because of this Aslam had to constantly replenish parts of Cavill’s costume, costing production a not insignificant amount of time and money, all because it couldn’t hand, The Thickness.