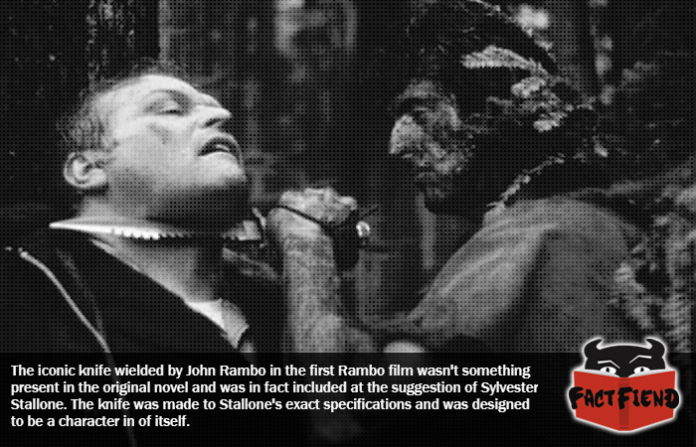 John Rambo is a character defined as much by his raw physicality as he is his lethal ingenuity in combat. Oft considered the prototypical One Man Army, Rambo is capable of effortlessly dispatching an entire force of enemy combatants with nothing more than his bare hands and one of the most badass knives in fiction. A knife it turns out that was made to the exact specifications of Sylvester Stallone.

You see, in the original novel that inspired the films, First Blood, Rambo doesn’t actually wield a knife, instead dispatching people with his bare hands and a series of elaborate traps that largely target an enemies dick area. You know, to teach them not to fuck with him. 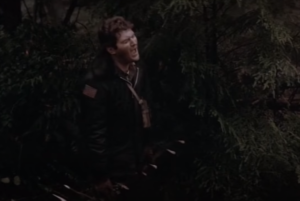 During the production of First Blood (the movie) though Stallone decided that Rambo should use a knife. However, Stallone didn’t want Rambo to wield just any knife, he wanted him to use the Ferrari of knives. A knife that would have utility in every conceivable survival situation whilst also being visually striking enough to be look good on camera. 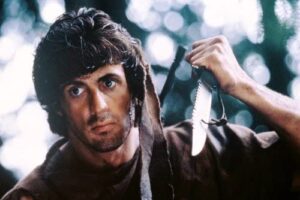 Made to Stallone’s exacting standards by master knife craftsman, Jimmy Lile, the Rambo Knife featured several unique features not found on other knives at the time. These included but weren’t limited to space in the hilt for survival essentials such as matches and fishing hooks, a hidden compass on the inside of the hilt’s cap which itself was rounded to facilitate breaking windows and a double-sided Phillips and flat head screwdriver concealed tastefully on the guard. In addition the knife also sports saw teeth capable of cutting through solid fucking steel and a blade sharper than a scalpel on a diet. All of which combined to create the knife equivalent of a supermodel, as evidenced by this image of it on the front of the best named magazine we’ve ever encountered. 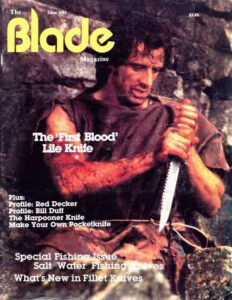 According to Stallone no prop knives were made for the first film meaning every scene in which you see Rambo waving the knife around, it’s 100% real. Something we’re sure the actor in this scene was ecstatic about. 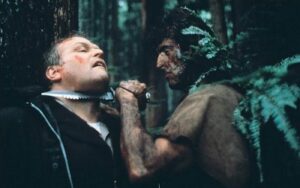 Anyway, Stallone’s insistence on using such a distinctive knife paid off, with the “Rambo Knife” becoming one of the most requested styles of knife for knife manufacturers across the US following the films release. Oddly while official replicas of the knife exist, for reasons that are unclear, they’re not exactly right. Not that this bothers Stallone who reportedly owns the original Rambo knife, which he refuses to clean or maintain. Instead leaving it in the same condition it was at the end of filming, just because.