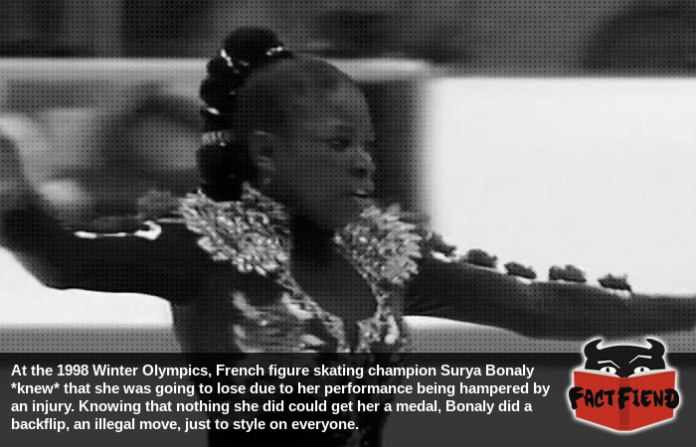 In professional competitive figure skating there are a handful of moves that are categorically banned from being performed at the highest level of competition for, reasons. As you might imagine these Forbidden Moves are heavily penalised, which didn’t stop Surya Bonaly performing one as a fuck you to everyone she was competing against in 1998.

Exactly why the backflip is banned in competitive figure skating isn’t fully understood with there being competing theories about why nobody is allowed to get their upside down on during competition. Our favourite being that stuffy assholes higher up in the International Skating Union thought the move was too “showbiz“. Which is amazing when you consider that around the time the move was banned in 1976 people competed dressed like this.

The reason the move was banned from competition though is irrelevant to today’s article and all you really need to know is that in 1998, that shit was like, super banned. Enter, Surya Bonaly. 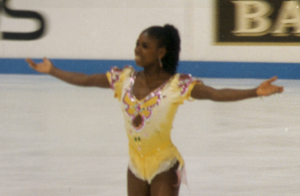 A top-level competitor at figure skating for over a decade, Bonaly competed at three subsequent Winter Olympics starting in 1992, though unfortunately never managed to place at any of them. This wasn’t for lack of trying though and it’s noted that behind the scenes Bonaly was a terrifying presence for other competitors. Thanks almost entirely due to her ability to backflip.

For example at the 1992 Olympics Bonaly did a backflip during practice and was immediately reprimanded by officials. Partly because the move was illegal but mostly because they thought Bonaly was trying to intimidate the other competitors with her sweet moves. She wasn’t for the record, but the fact she was able to so effortlessly perform one of the most dangerous and physically demanding moves in the sport nonetheless had that effect on her opponents anyway. Because of course it fucking did. It also probably didn’t help matters that Bonaly had a habit of landing just a hair too close to other competitors to throw them off and showcase her superior control of her body on the ice. 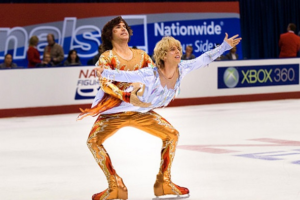 Despite repeated warnings, Bonaly continued to do the move in practice anyway and by all accounts, was one of the only people in the entire world to able to do it consistently without fucking up. This led to her deciding to perform the move in during the 1998 Olympics because screw it, she was going to lose anyway.

You see, Bonaly had injured her Achilles tendon prior to the games and was unable to compete at her best. This resulted in her lagging in 6th place as she went into her final heat and knowing she couldn’t win Bonaly decided to just go for a backflip, but not just a standard backflip mind you, a backflip that landed on one foot.

Bonaly was immediately reprimanded for performing, ultimately finishing in 10th place. A fact that’s kind of amazing when you consider that Bonaly’s single-footed backflip was a move nobody in the history of the sport has ever even attempted, let alone accomplished.

The rules are the rules though and Bonaly was penalised for performing the illegal, albeit highly stylish move, not that she gave a shit seeing as this was her last Olympic games and she couldn’t have won anyway. At least by doing the backflip she’d styled on the competition in the most visible and ballsy way possible. Something we personally think is a much cooler achievement.