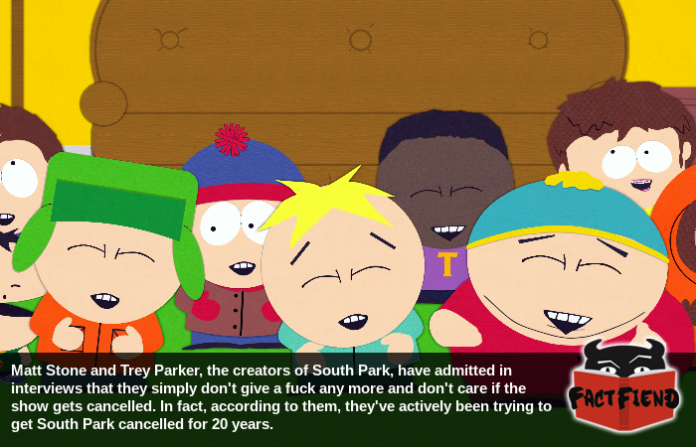 South Park is a rare example of an animated show that has somehow managed to stay fresh and relevant after 20 years on the airwaves. A feat we feel should be, at least partially, attributed to the fact the creators of the show give so few fucks one of their characters could count them all on their creepy non-finger having hands.

Before that though there might be some people reading this who are curious about how in the hell South Park is able to stay as relevant as they do in an age when other animated shows from the 1990’s are floundering to keep up with current trends and events, that likely has a lot to do with the fact every episode of the show is written, performed and animated in just 6 days. Something that in addition to being wholly unique to South Park with it taking other animated shows upwards of 6 months to put out a single episode, allows the show to react to real-world events in almost real time.

The best example of this probably being an episode which referenced the election of Barack Obama which despite airing less than a day after election day, included not only sections of his victory speech, but an almost one-to-one recreation of the crowd behind him as he gave it in the South Park style. 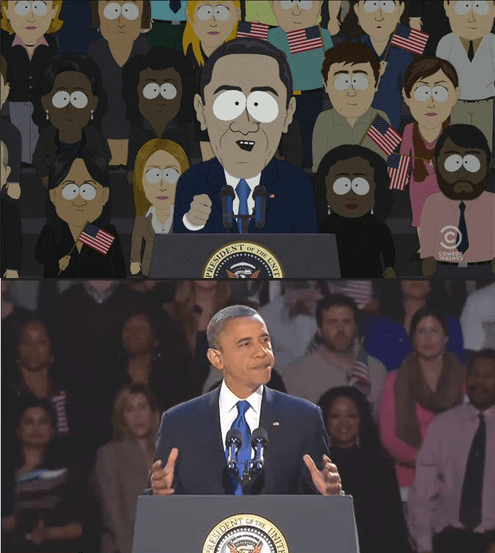 Matt Stone and Trey Parker, the lead creative force behind the show for its entire run, have noted that this style of production, while understandably stressful, allows for more spontaneity during the writing process. Something that is no doubt helped by the fact Comedy Central have basically given the duo carte blanche to say and do whatever the fuck they want.

In fact, according to Stone and Parker, there has only been one occasion where the network has stepped in and demanded something be cut. When the pair tried to include an image of Muhammad in the show’s 201st episode. Even then, Comedy Central let them censor it themselves, which they did in the most obnoxious way possible by smash-cutting to a black screen without warning. 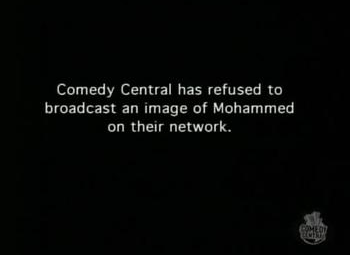 Save for this, single noteworthy exception, Comedy Central has never hampered the pair creatively, which has resulted in them continually pushing their content in an attempt to see what, if anything, will get them cancelled. One boundary pushing example is the episode It Hits The Fan, in which the word shit is used exactly 200 times, which the pair assumed Comedy Central would have to take issue with. However, the network somewhat ironically couldn’t give less of a shit and allowed it without any complaints.

This has, rather understandably, made the pair quite bold in what subjects they’re willing to tackle. Which while freeing from a creative standpoint, is annoying for them seeing as they’re actually kind of, well, done with South Park.

You see, according to the pair they’re fully okay with South Park ending and have both agreed that, should the time come when the show stops being popular or is cancelled, they’ll both say “fuck this” and walk away. Something we gather is made all the easier when you consider they’re collectively worth about half a billion dollars. 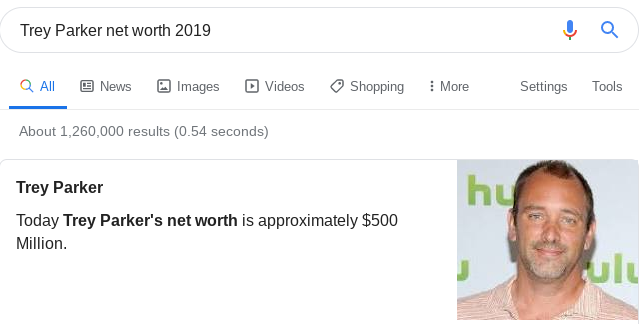 In fact, Stone and Parker have actively been trying to get the show cancelled for 20 fucking years, culminating in them literally launching a campaign to cancel the show prior to the launch of season 22 as part of a publicity stunt. Which didn’t work. Hell, in 2018 the two admitted that they’d be happy for the show to be “thrown off television” and part of the reason they’re so keen to push the boundaries of acceptable content is in an attempt to accomplish exactly that, only to be gobsmacked when even the most ridiculous of suggestions they make about content get approved without issue.

This has led to the two coming to an agreement of sorts that they’re going to keep making South Park until they get cancelled, which is probably not going to be for a while considering the show has been renewed until like 2022.