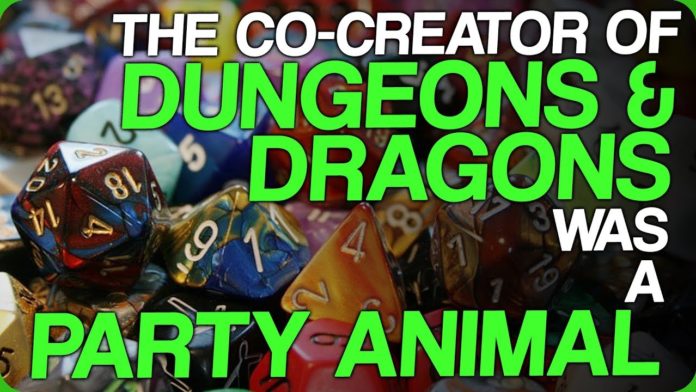 Gary Gygax was one half of the creative force that resulted in Dungeons & Dragons, a description that probably conjures a very specific imagine in your head. Well get ready to throw that image out the window and spike it to the curb because in reality Gygax was a total boss during the 80’s.

The story goes that in the 1980’s Gygax was summarily ousted from his company TSR Inc under the pretence of going to Hollywood and searching out media opportunities for the Dungeons & Dragons brand. In reality, the company was simply sick of Gygax’s hard partying lifestyle that involved smoking drugs, drinking hard liquor at all hours of the day and sleeping with random women while married. Yes, we’re still talking about the same guy who invented Dungeons & Dragons. A man who spent the majority the 80’s looking like an amalgamation of every uncle in the entire world.

The story continues that Gygax was initially a pretty laid-back dude who was in a happy, committed relationship who also happened to have an unhealthy obsession with wargaming. In regards to the latter, it’s reported that Gygax’s first wife once suspected him of having an affair and upon bursting into a friend’s basement to confront him about it found him huddled around a table playing games with a friend. In other words, Gygax was exactly the kind of nerd you’d imagine would eventually invent something like Dungeons & Dragons.

However this all changed when Dungeons & Dragons became the worldwide phenomenon it is today. As an aside, if you’re currently thinking that Dungeons & Dragons isn’t relevant or has any impact on pop culture today, our only comment is, that’s cute. 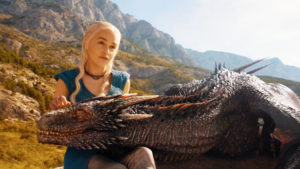 Upon becoming wealthy beyond his wildest dreams Gygax immediately set about living as fast and hard as he could, taking up smoking marijuana and day-drinking because when you’re a millionaire you can do whatever the hell you want, even if you’re married. Mind you Gygax started doing this when he was still, supposedly, a committed Jehovah’s Witness.

Gygax’s abrupt lifestyle change understandably made some in his local church kind of uneasy. Something that wasn’t helped by sporadic news stories throughout the late 70’s and early 80’s suggesting that Dungeons & Dragons was some how satanic in nature and that kids were using the game to perform satanist rituals. Or to put it another, more awesome way, Gygax simultaneously attended church while doing a bunch of drugs and being accused of creating a board game that somehow enhanced the devil’s power. How fucking metal is that?

Gygax’s lifestyle though caused friction with his wife and the two divorced in the 1983, shortly before the aforementioned ousting from his company and apparent banishment to Hollywood. Realising that he was now single and had infinite money to dick around with, Gygax rented a massive mansion overlooking Hollywood, filled it with cocaine and immediately set about ploughing his way through the LA’s available 20-year-old women.

In between cocaine fuelled orgies Gygax still found time to actually play Dungeons & Dragons and even managed to somehow find funding ill-fated Dungeons & Dragons movie that never materialised. This was in-between hobnobbing with celebrities like Orson Welles and cruising around LA in a giant Cadillac driven by whatever supermodel he happened to be dating at the time because he never bothered to learn how to drive. If you’re wondering how Gygax could possibly sound like any more of a baller, on one occasion he had one of those supermodels drive him to an after-party for the Miss Beverly Hills International Beauty Pageant just so that he could get his best friend laid by Miss Finland.

So yeah, the next time you think about dismissing Dungeons & Dragons as a game for nerds, remember the guy who helped create it once spent a year being driven to parties to sleep with supermodels, by supermodels he was already sleeping with.