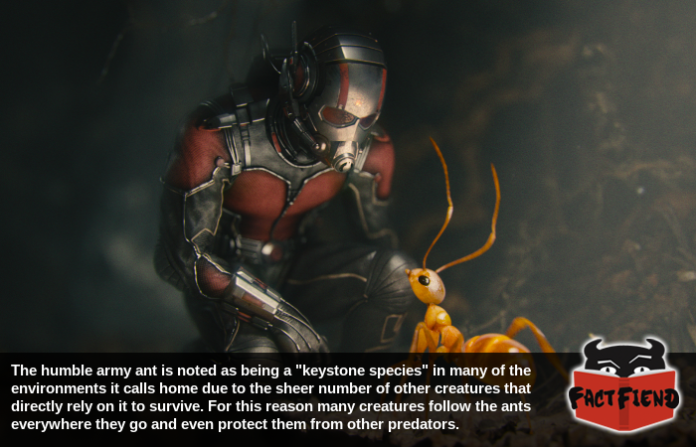 Army ants, as you may have guessed by their name, are an almost impossibly abundant hoard of ravenous insects endemic to the forests of many regions on Earth. Armed with one of strongest set of jaws in the insect kingdom, army ants are, contrary to their fearsome reputation, the truest bros in the animal kingdom.

This is because army ants are what is known in the world of ecology as a keystone species. The term used to describe a species that has a “disproportionate impact” on the environment in which it lives to such an extent said environment could cease to fucking exist if it was displaced. Now while you’d expect a species with such a lofty, impressive title to be equally as impressive, keystone species have no set definition and include everything from otters to big-ass jaguars. 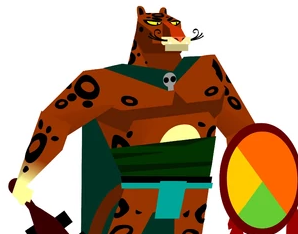 In specific regards to army ants the sheer scope of the impact they have on their natural habitat is almost unimaginable with even experts on the insects admitting that they have no idea how many other species ant colonies can impact either directly or indirectly. Hell, there’s one species of army ant that over 300 other animal rely on to maintain their natural habitat. An amount, for the curious, that is the most of any known species on the entire fucking planet.

In addition to simply being food for other species, army ants flush out other insects and creepy crawlies while hunting or going about their business which birds like to eat. In fact, army ants provide such a consistent source of food for birds that some simply follow army ant colonies wherever they go and some will go as far to protect the colony from other predators. Meaning yes, army ants have bird bodyguards! 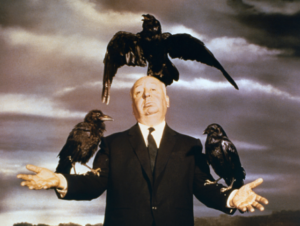 As you might imagine these birds can become fodder for predators themselves and in some habitats get followed by other creatures who will similarly subsist off the shit they leave behind. That’s not us being crude by the way because their exist out there certain species of butterfly will eat the shit of birds that follow ants, in effect becoming the second link in a daisy chain of insect shit-eating.

Despite being a creature capable of untold destruction, army ants will happily ignore animals that pose no threat to them, in effect becoming a pseudo protector of it. Because lets be real here, what kind of animal would be stupid enough to step to half a million army ants? They got birds on their side man. Nobody fucking with birds.