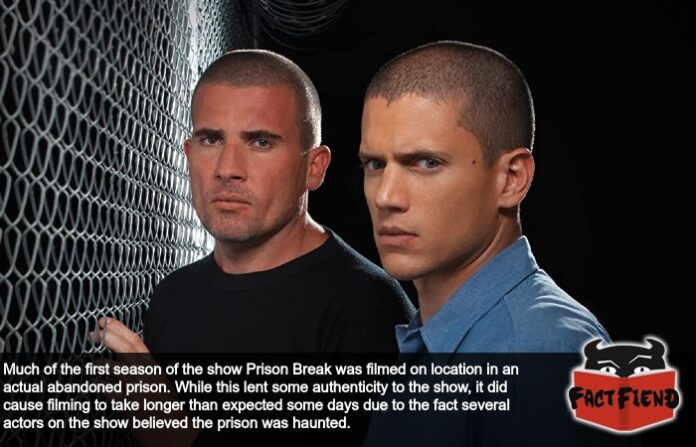 Prison Break is a TV show about a structural engineer who deliberately gets himself sent to prison so that he can save his estranged brother before he’s executed for a crime he didn’t commit. Or at least it was until it went completely batshit insane. Before that though it was filmed largely on location in an actual prison that much of the cast didn’t like because they thought it was full of crime ghosts.

Specifically much of the first season of Prison Break was filmed at the Joliet State Penitentiary in Chicago. A prison that, at one time, housed hundreds of hardened criminals before being shut down in 2002 for being a decrepit shit-hole.

Anyway, after being shut down the prison became both a tourist trap and infrequent filming location for shows and movies that needed that authentic prison vibe, whatever that is, which is how it came to attention of the producers of Prison Break. 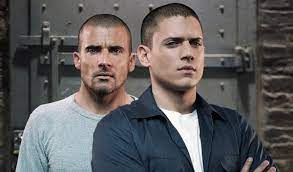 Now while the location did lend an air of legitimacy to the production, filming in a abandoned prison, especially one that was shut down for being a potential deathtrap, understandably caused a few issues. For example, much of the prison was too rundown to film in and the parts that were, were too small in a lot of cases necessitating the building of replica cells on soundstage nearby with enough space for both actors and filming equipment.

This said, the crew were able to take advantage of the prison’s architecture for several key scenes. For example scenes of Dominic Purcell’s character awaiting execution on death row were filmed in, supposedly, a cell that once housed infamous serial murder and noted dickhead, John Wayne Gacy. Likewise, many of the show’s yard scenes were actually filmed in the prison’s yard. Or at least they were when people weren’t randomly bursting into tears.

That’s not hyperbole by the way because according to Wentworth Miller, several members of the cast and crew would find themselves inexplicably crying on their way home. A phenomenon Miller reasoned was a result of the crushingly depressing history of where they filming or, ghosts.

To explain, several members of the crew were terrified of getting their shit haunted, with several outright refusing to film some scenes on location or walk around alone. This was especially true of actor, Rockmund Dunbar who went as far as to request an escort when he explored the prison. Noting, quite simply, that he didn’t want to get jumped, by the ghosts. 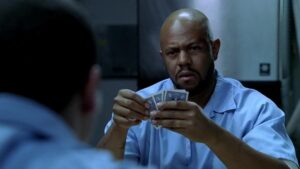 In particular Dunbar didn’t want to walk into a cell alone as he was genuinely fearful that someone or something would lock him inside. Something that makes us kind of annoyed that they didn’t write this into the show as a plot line because how fucking rad would it be if the show was about a bunch of impossibly chiselled bald men trying to escape from both the police and ghosts.