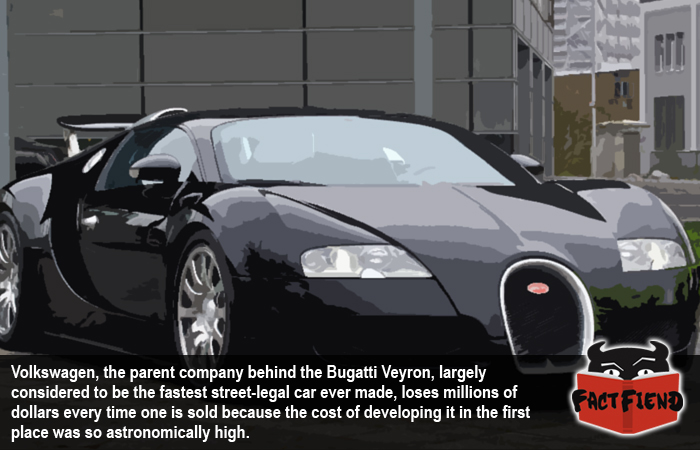 Simply put, the Bugatti Veyron is one of the most technically impressive cars ever made, sporting over a thousand horse power and capable of reaching speed in excess of 200MPH, the Veyron is an absolute monster of a vehicle. It’s also worth negative dollars to the company that owns it.

Without getting too technical, a standard Bugatti Veyron is capable of reaching speeds most cars couldn’t reach if you pushed them off a cliff with a fat guy in the driving seat. They’re ultimate status symbol car with a price tag to match, with the best car in the series the, Bugatti Veyron 16.4 Super Sport, costing a whopping, 4 million dollars.

Now you’d think with a price tag like that, Bugatti and the company who owns Bugatti (Volkswagen) make at the very least, some profit every time they sell one of these things, because how else in hell could you justify slapping a price sticker on one of these things that limited the potential buyer pool to the five richest kings in Europe? 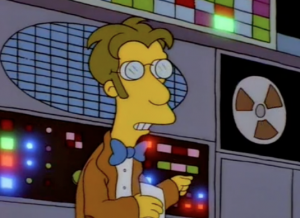 Amazingly though, not only do Volkswagen not see a single penny of profit from any Bugatti sold, they actively loses millions upon millions of dollars whenever somebody drives one out of their showroom. How is this possible you ask? Well according to financial analysts, the sheer cost of developing such a car (Volkswagen reportedly spent nearly 2 billion dollars designing this thing) means that it is practically impossible for them to recoup the money already invested in it because the price they charge for it at the moment already limits who can buy it to assholes and Batman.

According to some, if Bugatti wanted to just break even on every Veyron they sold they’d need to add around 6 million dollars to the cost of each car, in other words, they’d need to effectively quadruple the cost of the base model, which sells for around 1-2 million dollars just to stop losing money. Which wouldn’t even work because pushing the price up that high would effectively kill the car off because there are only a handful of people on Earth with that kind of disposable income.

So why would Volkswagen even bother to make this car if every one they sell is like throwing millions of dollars onto a flaming pit? Well, it’s theorised by some, like the guys over at Topgear, that the car was built as little more than a “technical exercise” a fact that is supported by press released by the company which basically say that the Veyron was an experiment to see if they could build the ultimate car, both in terms of speed and comfort. In essence, Volkswagen built the Veyron not because they needed to or because the the market demanded a car that could travel at 250 MPH, but purely to see if they could. And they’re apparently so pleased with the result they’re willing to lose millions on every single one sold just to prove a point.