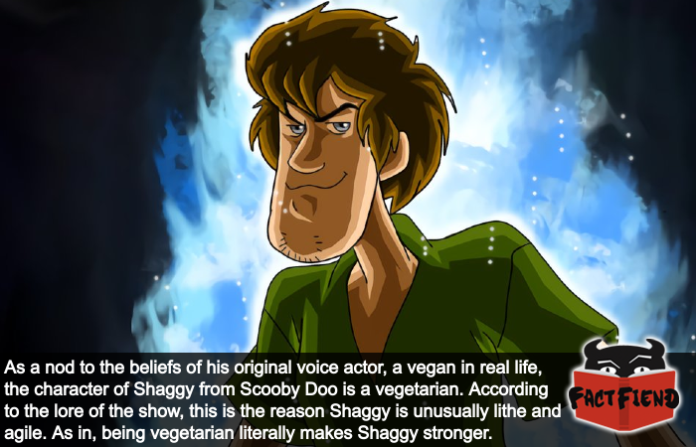 Norville Rogers, better and arguably only really known by his nickname of Shaggy, is a fictional character defined by two things, his seemingly bottomless appetite for snacks of the Scooby variety and his comically timid nature. Online however Shaggy has long been rumoured to be secretly hiding his power level from us mere mortals, a fact the shows have actually confirmed is not only true, but is a result of Shaggy being a vegetarian.

So there’s a lot to unpack here so lets start with the fact that Shaggy is vegetarian, because it doesn’t come up in the show much but is considered to be one of the most important facets of Shaggy’s characterisation. This is because it was a direct result of a formal request from the character’s original voice actor, Casey Kasem, an outspoken vegan who famously walked away from the role when he was asked to voice Shaggy in an ad for Burger King. Which admittedly, does sound like something Shaggy would do if it guaranteed him access to infinite burger. 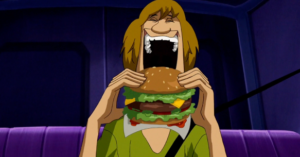 Anyway, Kasem was eventually lured back to the role by Warner Bros for the start of What’s New, Scooby-Doo? when the studio promised to make Shaggy a vegetarian. Something Kasem was reportedly happy with, though he’d have personally preferred for Shaggy to be a vegan. Since then, the character has consistently been portrayed as strictly adhering to a vegetarian lifestyle in both animation and live-action, though it’s not always obvious. It has however, always been accurate.

So that’s the vegetarinism out of the way, so where does Shaggy being some kind of god-beast come into this? Well that’s kind of the internet’s fault and started as a joke inspired by a scene in one of the live-action movies where Shaggy gets super ripped. 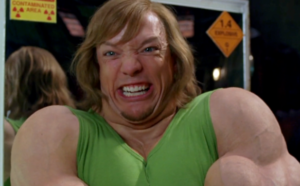 This led to a running joke online that Shaggy is actually capable of such feats of strength all of the time and that he secretly hides his prodigious physical might behind his cowardly, timid persona so as to not tear the universe asunder like a wet tissue being hit by a torrent of gravel-filled diarrhoea. Naturally internet denizens ran this joke into the ground, culminating in the theorised existence of Ultra Instinct Shaggy, a god-like being with unfathomable, nigh-unlimited strength capable of besting even fiction’s most powerful beings whilst only using a fraction of his full power. A joke Warner Bros actually acknowledged in the game Multiversus in which Shaggy can stunt on Superman. Something people may not have realised though is that the studio has also acknowledged this in the show though not to such an extreme extent.

To explain even before the existence of the internet, Shaggy was capable of some pretty astonishing feats, displaying short bursts of formidable athleticism and acrobatic prowess even in the show’s earliest episodes. We mean, this is a guy who is capable of consistently keeping up with and occasionally outrunning a Great Dane (yes Scooby Doo is a Great Dane). A dog capable of running at speeds close to or exceeding 30pmh when pushed. 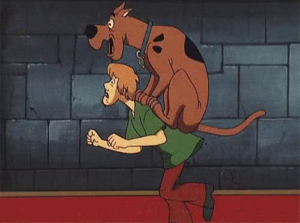 Well in later years the show has tried to explain why exactly Shaggy is capable of doing this despite his unassuming frame, with the character alternately explaining that he used to “run track“ in school or was a promising gymnast in his youth. However, this doesn’t exactly explain why, for example, Shaggy can leap dozens of feet through the air or casually lift and sprint holding 50 pounds of dog that just ate twice its body-weight in Scooby Snacks.

Fortunately the show has an explanation for this. Shaggy’s vegetarianism. No, really. According to an in-universe documentary called Scooby-Doo: Behind the Scenes, Shaggy’s slender frame and by extension, his remarkable aptitude for sprinting while shitting himself, is a direct result of his vegetarian diet. Meaning it is Scooby canon that being vegetarian makes you better than everyone else. 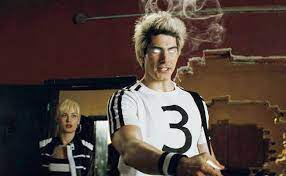