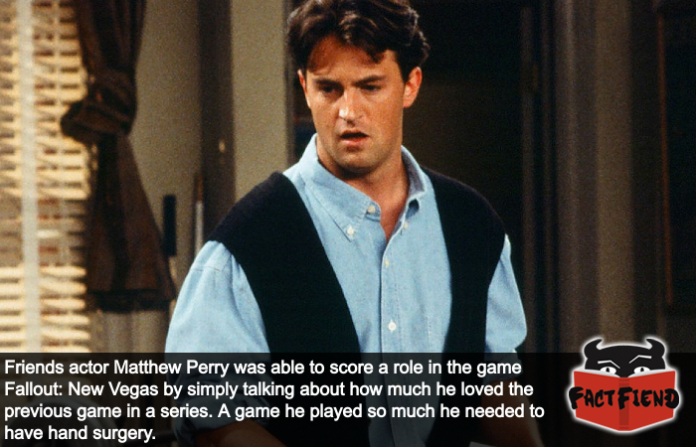 Despite some pretty substantial missteps in the last few years, the Fallout series has remained popular enough to spawn like the 8th most annoying fan-base online. A fan-base that, oddly enough, contained actor Matthew Perry who played one of the games so much he ended up being cast in its sequel where he shoots the main character in the face five seconds into the game’s story.

If you recognise that description you likely already know we’re talking about Fallout: New Vegas, a game about trying to solve the mystery of your own attempted-assassination whilst also navigating a desolate wasteland full of radioactive power-bears. 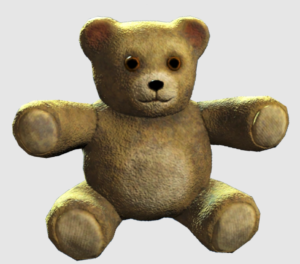 Now this game was a sequel to the popular, though less fondly remembered Fallout 3, a game that’s basically the Mr. Negative version of Liam Neeson’s later career. By which we mean the primary thrust of the narrative is Liam Neeson’s own kid trying to track him down after he goes missing.

Anyway, the game sold pretty well and was played by a lot of people who enjoyed the narrative and deep, moral quandaries presented therein. Like whether or not it’s okay to shotgun people into a pile of eyeballs and gooey skeleton bits to steal their precious antique bobby-pins. 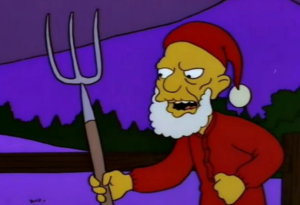 As noted in the intro, one of the people who enjoyed this was the guy who seemingly taught an entire generation of Americans what sarcasm is, Matthew Perry. To be clear, when we say Perry enjoyed the game we mean in a way that was quite literally detrimental to his own health. As in, he played so much Fallout 3 that he had to go to the doctor when the sheer amount he was gaming resulted in debilitating hand cramps. A turn of events quite literally lifted from an earlier episode of Friends where that exact thing happened to his character. 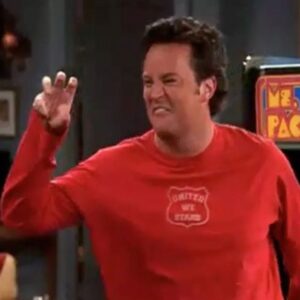 So how did this result in Perry being cast in the game’s sequel? Well Perry shared this anecdote with known dickhead, Ellen DeGeneres. Presenting the sack of shit masquerading as a daytime TV host with a signed copy of the game and an Xbox 360. Quipping that he had nothing to do with the game, but signed it so that people would think he did.

What makes this funnier is that Perry did this while he was on the press tour for 17 again and he openly admitted to doing it for free and that he had no stake in the game’s success. Something that caught the attention of the developers of both Fallout 3 and Fallout: New Vegas and resulted in them offering him the role of Benny in the latter. A character who, as noted, drives the entire narrative of the game and can of course, have his legs shotgunned so you can take his sweet jacket. Because video games. 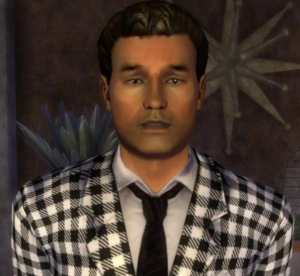