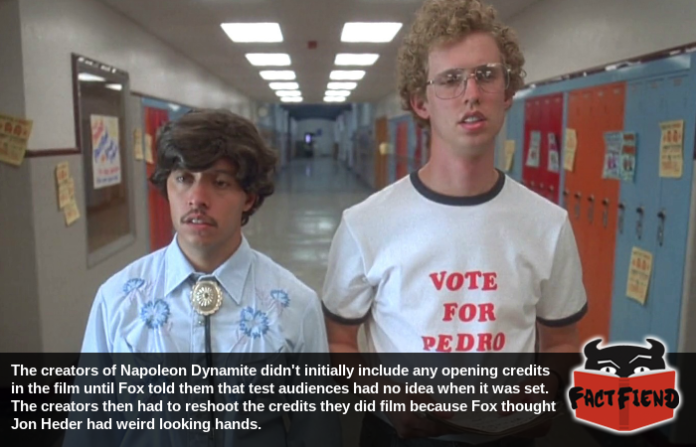 Napoleon Dynamite is a film notable for being shot on a budget tighter than an ant’s arsehole. Filmed in just 22 days, the movie was an unexpected box office smash that basically launched Jon Heder’s career, in spite of his weirdly gross hands.

To explain, before distribution rights to the film were bought by Fox Searchlight it was missing several scenes present in the final product we got to see. Specifically the opening credits and the bonus post-credits scene where we see Napoleon’s older brother Kip tie the knot with his Lafawnduh before they both ride off into the distance on a mighty stallion tamed by Napoleon himself that they presumably then had all kinds of sex on top of. 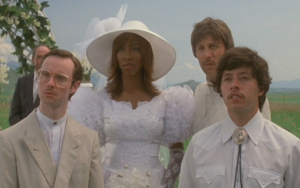 Searchlight reportedly footed the bill for both of these scenes after acquiring the rights to the film, the latter to bookend the story and tie up the film’s narrative loose ends and the former because nobody apparently knew when in the hell it was set. You see, according to the film’s director Jared Hess, one of the major complaints he got from audiences at test-screenings is that they were confused about when exactly the film took place due to the fact everyone in it is dressed like it’s the late 80’s yet they somehow also have shit like the internet. 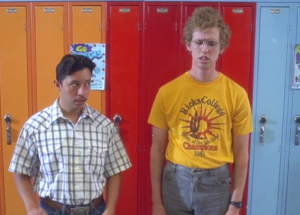 Hess explained this in an interview as being a nod to his own small town origins where he notes that fashion wasn’t really a thing. Searchlight remained unconvinced and asked him to put something, anything in the film to give the audience an idea of when it was set so they’d stop being huge turds about it. After some brainstorming Hess and film’s cinematographer, Aaron Ruell, came up with the idea of some opening credits, during which we briefly glimpse Napoleon’s student ID. An ID which reveals that the film is in fact set in 2004 and were, fun fact, filmed in Ruell’s basement. 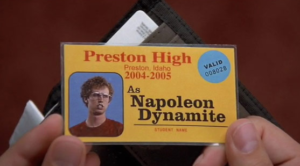 The thing is, when Hess showed the opening credits to executives at Searchlight they didn’t like the hands that were holding any of the objects in it, saying they looked kind of gross. A sentence apparently offended none other than Napoleon Dynamite himself, Jon Heder, since they were his fucking hands.

Hess initially scoffed at the complaint and laughed when Searchlight said they were going to send a professional hand model to re-shoot some of the shots in the introductory credits they found particularly disagreeable because holy shit is that a stupid sounding sentence. That was until a professional hand model showed up on his door a few weeks later asking what they needed him for. However, while the guy they send did reportedly have very nice hands, he was more tanned than Heder, ruining the continuity of the opening. Rather than re-shoot the entire thing Hess spliced the footage together and reasoned that nobody would look close enough to give a shit. You know, despite the fact the only reason he had to do that is because that exact thing happened.